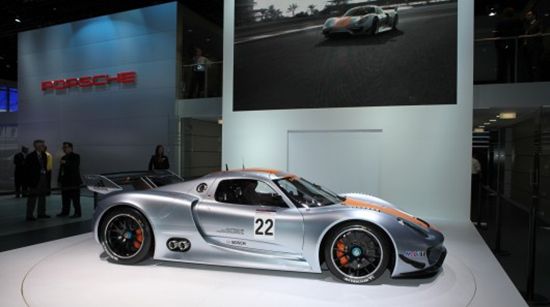 Porsche just lifted the curtain on the 918 RSR which is a 767 horsepower hybrid racecar.  The 918 RSR uses the drivetrain from the 911 GT3 R Hybrid and the lines from the 918 Spyder Concept.  The massive 767 HP is made from a combination of a V8 engine and a set of electric motors

on the front wheels.

Just like the GT3R hybrid, the 918 RSR hybrid is a racing test lab for new fuel efficient technologies.  Expect to see some of this technology eventually make it to real life Porsche products in the future. 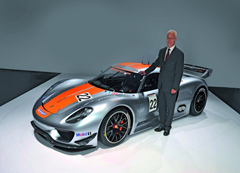 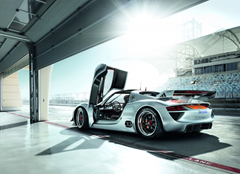 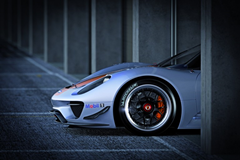 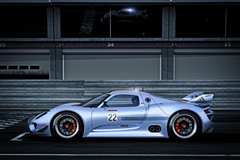 The RSR’s V8 engine produces 563 hp at 10,300/rpm by itself while the hybrid system adds an additional 200+ HP.  The hybrid system accumulates energy from braking in a flywheel power accumulator which spins at up to 36,000 rpm.  The electric power is then be delivered through the 2 x 75 kW electric motors at the push of a button, giving the driver a 150 kW “on call” power boost that lasts for up to 8 seconds, a bit like a nitrous boost.