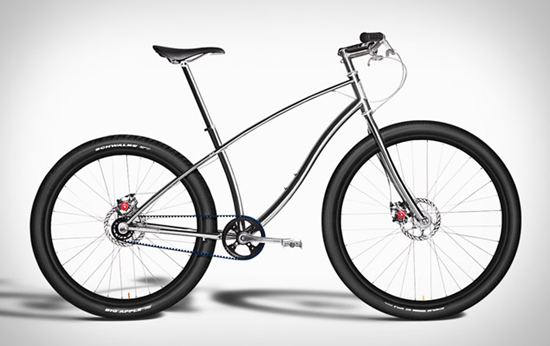 The man behind Kidrobot, Paul Budnitz, is now putting his muscle behind a couple of urban bikes dubbed the No.1 and the No.2.  The No.1 is for commuters while the No.2 is better suited to goofing around.

Paul Budnitz began creating bicycles for his own use in 2006. By 2010 people were stopping him on the street and asking where they could get a bicycle like the one he was riding. Several offered to buy his bike right out from under him!

Don't let the clean/simple lines fool you, there are some expensive bits on these Paul Budnitz Bikes.  Some of the features include titanium frames (which weigh less than 3.3-lbs), Budnitz's split-tube Cantilever Frame, disc brakes, and a Gates Carbon Drive Belt.  Yours for $5,500 here.