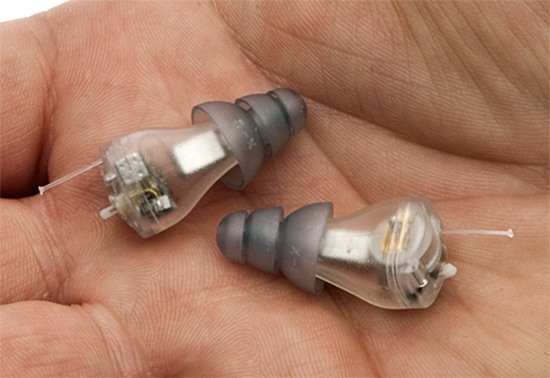 "I'm going to knock them a few points for abusing the term "˜high definition', but otherwise Etymotic's new HD"¢15 electronic earplugs look like a far better alternative to those yellow or orange foam tubes you keep swiping from work. Your run-of-the-mill earplug simply blocks all (or most) noises from entering your ear canal. So while they're fine for activities like sleeping, they're not so great when you also need to hear people talking to you.

So the HD"¢15"²s feature a built-in microphone that monitors the ambient noise around the user. When it's loud, such as at a construction site, it naturally blocks out the harsh noises from equipment and vehicles. But when that din dies down and you want to talk to someone, the earplugs detect the change in noise and allow voices to be heard via their mic/speaker system. They can even be used to boost particularly quiet sounds or voices, but automatically return to protecting your hearing when the ambient noises get loud again. As you can probably expect, at $499/pair they're not cheap. But they look to be a lot more comfortable to wear than a large pair of headphones or ear protectors, while still letting you hear when you need to."