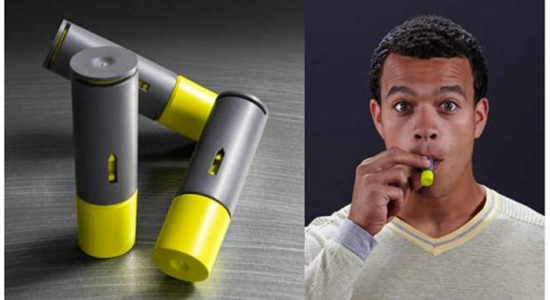 The kid with bug eyes above isn't sucking on a shotgun shell or a battery, it is an Aeroshot Caffeine Inhaler.  Apparently the Aeroshot Caffeine Inhaler has a quick-dissolving powder which you inhale for an instant caffeine burst.  Each Aeroshot has 100mg of caffeine which is good for about 7 shots, equivalent to a large coffee.  Expect to see the caffeine inhalers for sale in about 90 days.