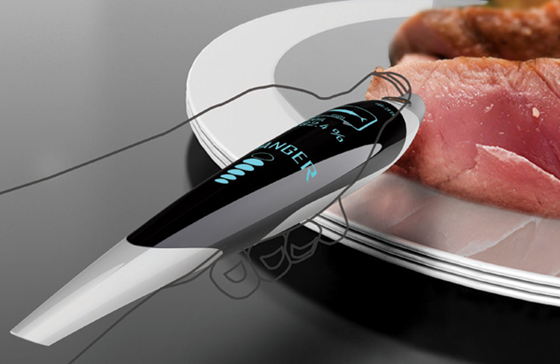 As you might have guessed, the Elephant Nose gadget is still in concept form.  I hope it becomes a reality.  I am not a fan of eating genetically modified foods, or being a guinea pig for the likes of Monsanto.  The idea behind the Elephant Nose Pen is that it "smells" your food for the presence of any genetically modified organisms.  This GMO detector won a 2011 red dot design award, now I just have to wait until it becomes a reality.