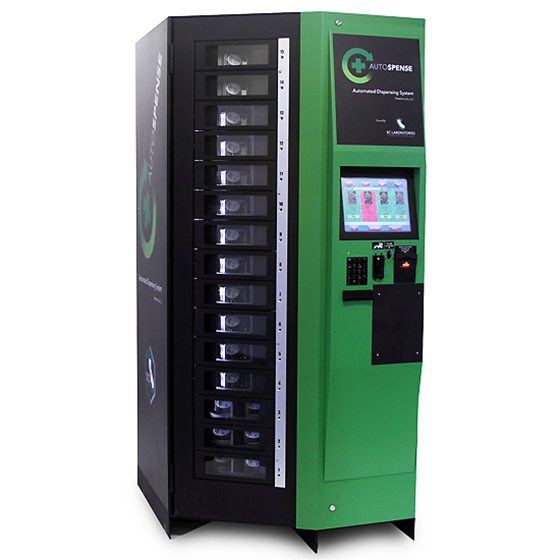 We have seen some pretty crazy and cool vending machines over the years, but the AutoSpense Medical Marijuana vending machine takes the cake.  It does pretty much what you would expect it to do, it dispense marijuana.

The AutoSpense marijuana dispenser is made by Dispense Labs (Joe DeRobbio) and claims to up the security level on medical marijuana transactions.  The system uses a credit card style card, a pin code, and a fingerprint scanner.  In addition to that, there are cameras that monitor the user as well.  Currently there is only one machine and it is in Santa Ana, California.

Video of the AutoSpense in action after the break.