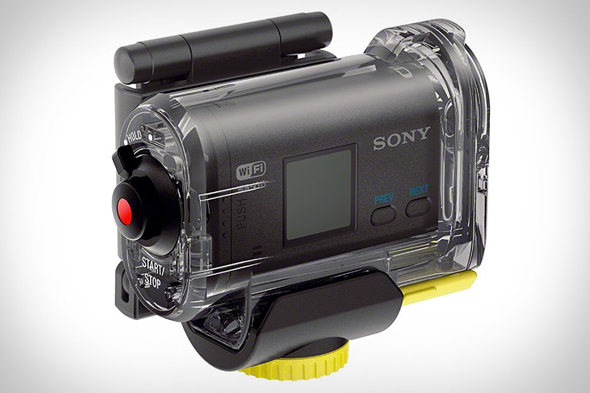 The GoPro Hero line just got some real competition.  It is about time, they have been pretty much in the drivers seat, no pun intended, for quite some time.  Sony is in the game now with their latest, the Sony Action Cam.  Expect Sony's awesome imaging capabilities to shine with a 16-megapixel Exmor R sensor, SteadyShot image stabilization, HD recording, Memory Stick Micro and Micro SD/SDHC slots, a stereo microphone, HDMI output, and a ultra-wide angle Carl Zeiss Tessar Lens.  As if that wasn't enough you also get a tough waterproof case (to a depth of 197 feet, and an option for a Wi-Fi version.  Yours for $199 to $269 for the Wi-Fi version.  Expect a full Sony Action Cam Review shortly.  Video of the Sony Action Cam after the break.