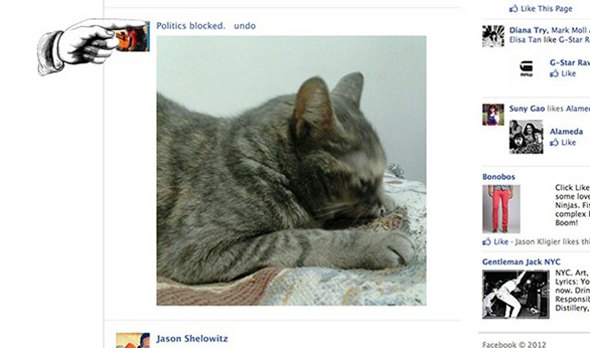 We all know the guy/gal on Facebook spewing political diarrhea who knows very little real data about what is actually going on.  You know, the ones who vote for their candidate of choice by a gut feeling based on a few sound bites.  Unfortunately those types tend to have the most time to post on Facebook and Twitter.  I have a few of these folks blasting away on Facebook currently, and have been quite tempted to block them.  With that said, the election will be over soon, and then a few more weeks of tard-tastic posts and then back to normal.

The solution?  A Google Chrome extension called Unpolitic.me which takes political posts on FB and Twitter and replaces them with cat pictures and the like.  Problem solved!