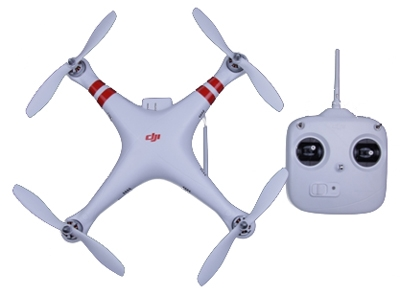 DJI Innovations is no stranger to high end remote controlled helicopters and drones.  Their S800 (Spreading Wings) Hexacopter has been a favorite choice among serious hobbyists.  I happen to own the S800 with the Wookong-M autopilot system and while I love it, it is incredibly difficult for a new user to setup.  You practically need a PhD to figure out the ESL manual, assemble the beast, and then tune it for flight.  Things just got a bit simpler for new users who want to enter the multi-rotor GPS enabled space thanks to the Phantom.  Read on for the DJI Phantom Review, 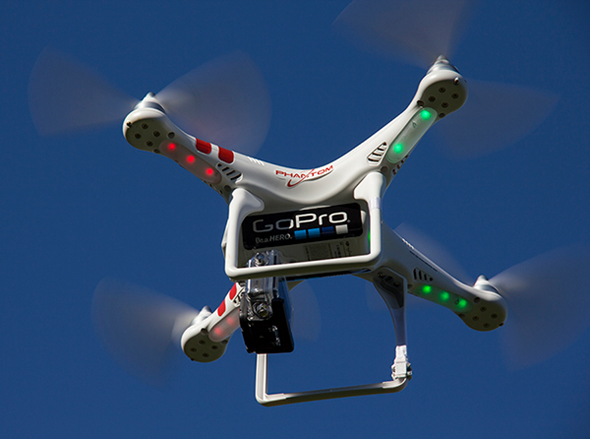 Who is DJI Innovations?  They are a Chinese company that makes flight control systems (Wookong and Naza) for remote control UAS helicopters and planes.  They also make a hexacopter (S800 Spreading Wings) and now the DJI Phantom Quadcopter which we are reviewing.

DJI's latest approach, with the DJI Phantom, is to offer a seriously capable quadcopter that is easier to get started on for newer pilots.  The Phantom isn't cheap at $679, but is fairly priced considering all that you get with this package. 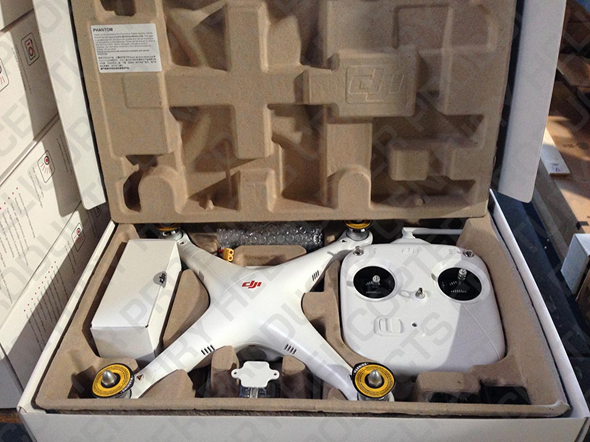 In short time (compared to the S800) we had our quadcopter flying.  Just had to do some very light assembly (installing rotor blades), charging the li-po battery, and adding AA batteries to the transmitter.  I recommend reading the Quick Start Manual as well as watching the getting started videos on DJI's website.

If you have a GoPro HERO actioncam use the supplied mount, adjust the camera angle, and get some stellar aerial videos.  Your camera will be mounted upside down so don't forget to flip the cameras orientation in the settings. 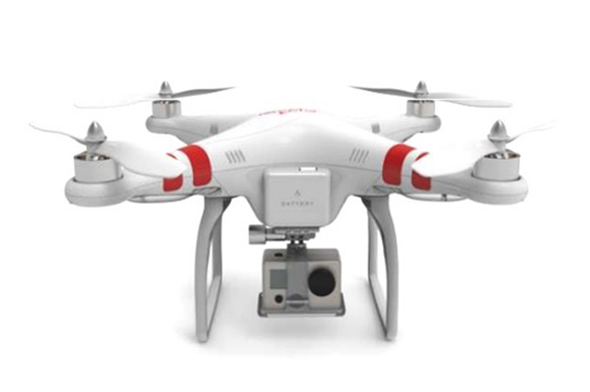 My least favorite part of the DJI Phantom (and the S800 for that matter) is the way the copters Naza brain communicates with the user via an LED.  There are just too many combinations of blinks and colors for the user to remember.  DJI, ditch the LED method and put a small LCD that actually says what the copter is trying to communicate.

Once flying the controls are very intuitive and natural.  The GPS (in GPS Attitude Mode) does a good job holding the Phantom Quadcopter in place, even in windy conditions.  Flight time is between 10 and 15 minutes depending on flight conditions and payload.

If you tend to loose orientation when flying the DJI Phantom you can switch on its Intelligent Orientation Control.  This setting allows you to always have forward/backward and left/right controls locked to you regardless of which way the helicopter is pointing.

The GoPro camera mount has no stabilization and tends to return videos that have the jiggle effect on your aerial footage.  Some potential solutions would be to buy aftermarket balanced propellers or raise the frame rate to 60 fps.