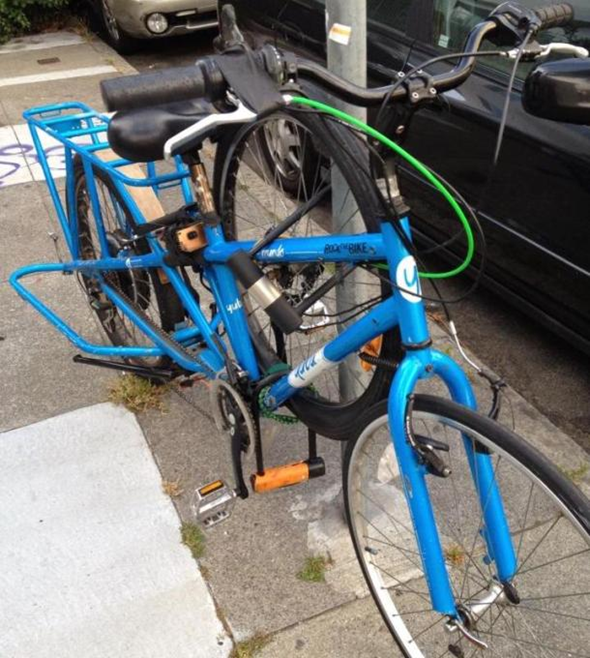 A unique bike shop in San Francisco, Rock The Bike, had one of their bikes stolen recently.  The bike is named Mundo 500 which means "heavy bike".  The Mundo 500, like the bike shop, is unique in that it is a work bike.  In other words it can be used to generate electric power from the cyclists pedaling.

Paul Freedman, Rock the Bike's founder did his own investigative work all over SF and was rewarded with a tip.  They found the bike locked up in a different neighborhood.  Watch the video after the break for the unique recovery mission.  Including pedal power providing the electricity,