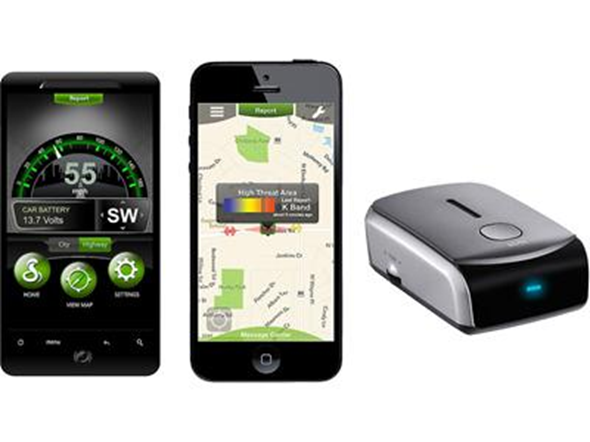 A good radar detector (in this case a radar, laser, police, and camera detector) is worth it's weight in gold.  Getting a speeding ticket these days is so expensive it typically costs much more than your radar detector.  And, that radar detector should save you more than just one ticket. I just got back from a 15,000 mile road trip around the USA with the Cobra iRadar Atom Velcroed to the dashboard.  We hit over 40 states and Canada, read on for the detailed Cobra iRadar Atom review. 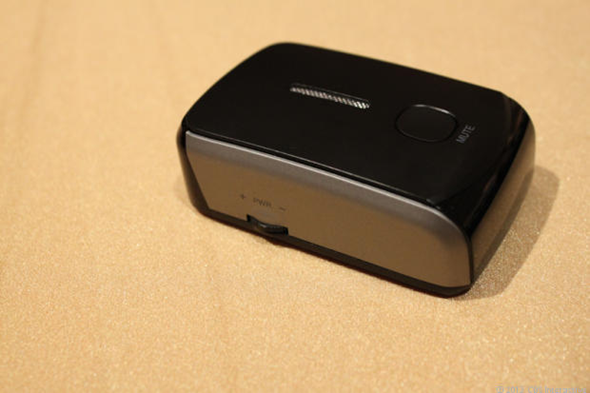 Let me start off with the biggest differences between the Cobra iRadar Atom iRAD 900 and other radar detectors, the ATOM uses your Smartphone, via an app, to tap a community of other users for alerts.  For example, if I see a police officer hiding along the roadside shooting radar, I can tag that officer and share that info with other iRadar users.  This is similar the community approach that Waze takes but built-in with a radar/laser detector.  Another major difference is the iRadar Atom is tiny!  It measures just 3.3" long x 2.25" wide x 1.15" tall.  I hardly noticed that it was even on the dash until it alerted me of radar, laser, etc,  That doesn't mean it has less features or power than the big boys, it still monitors X, K, Ka, VG-2, and laser very well. The Cobra iRadar Atom comes with everything you need to get started.  A USB power cable with a front facing USB port to charge your other gadgets like your iPhone.  Plenty of mounting options from suction cups, to Velcro, to a metal locking Velcro system.  I used the two pieces of Velcro and mounted the Atom to the dashboard so I could remove it when in shady areas (think Detroit). The iRadar Atom achieves its tiny form factor by handing off the screen and many of the controls to your Bluetooth connected device.  The controls that are on the iRadar Atom include a three-position switch on the left side that controls power and volume and a single button on top for muting all sounds.  The simplicity makes reading the manual optional. Once you download the free Cobra App and give it permission to access the internet it begins using the AURA database to share user submitted data.  If I find a new photo enforced intersection that isn't noted by the system it will be added helping future users.  When the radar detector alerts to radar/laser it allows users to report if there was actually an officer at that location, and shares that info with other iRadar users. 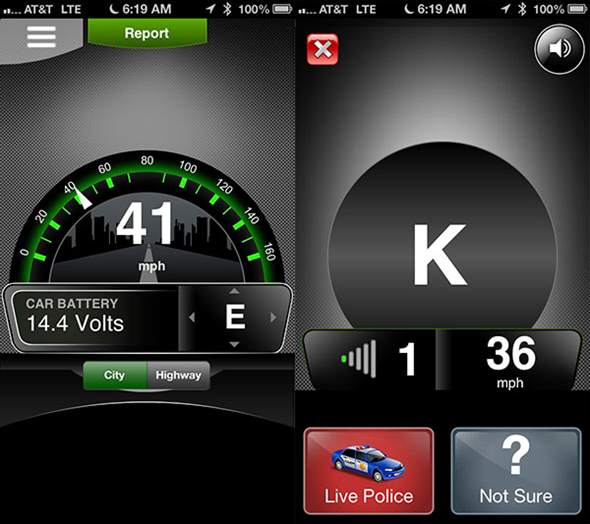 Some of the controls that are offloaded, in my case to an iPhone 5, are pictured below.  I didn't need to visit these settings too frequently once I picked my settings.  The main one I used was to switch between city and highway modes to lower the amount of false alerts. 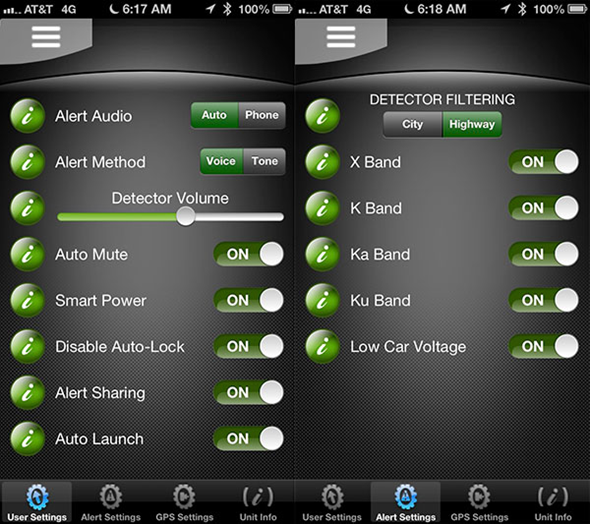 The only two things I wish Cobra managed to integrate are turn-by-turn directions.  Whether they develop it themselves or partner with Apple/Google for this doesn't matter to me.  But it would be nice to not have to switch between apps when driving.  The other thing that seems to make sense would be to use the same AURA database to remove false alerts like automatic doors at grocery stores, etc.  User data could help clean this up in a hurry. Would I buy the Cobra iRadar ATOM again or recommend it to a friend?  YES!  The Cobra iRadar ATOM saved me quite a few tickets along the 15,000 mile trip.  In fact, on a couple of occasions, the detector would alert radar and I would let off the accelerator and glide over to the slow lane only to have the poor fellow who was behind me in the fast lane get pulled over.  Folks, make the $180 investment and save yourself a bunch of ticket money and court time.