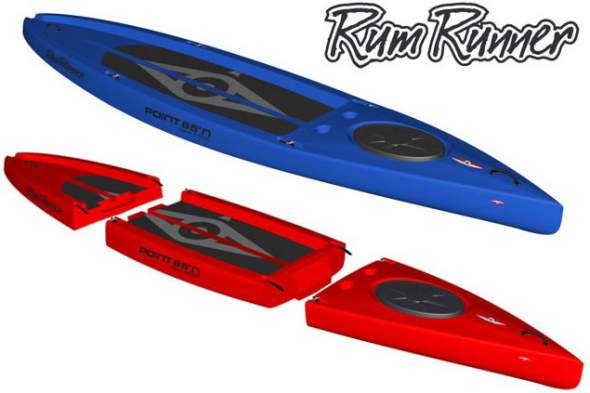 While stand-up paddleboards (SUPS) are all the rage these days I believe they would be more popular if they were easier to transport.  Imagine trying to lug around a 11-13 foot long SUP in, lets say, a Mazda Miata.  Not happening.  Well, not until later this spring if Point 65’s Rum Runner hits the market on time.

The Rum Runner, by Point 65 of Sweden, is built to separate into three pieces for transport.  The Rum Runner SUP is 11.5-feet long for the shorter model and can be stretched by .3-meters with a longer middle section.  They thought of everything… this stand-up paddleboard is built of polyethylene and topped with foam padding, has cup holders, a dry storage compartment, grab rails,and a spring loaded single position rudder. 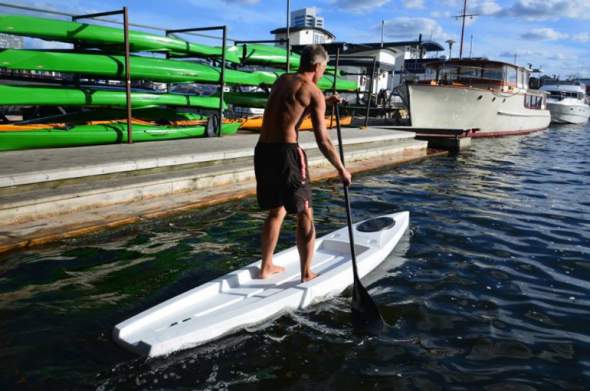 Video of the Rum Runner SUP after the break.