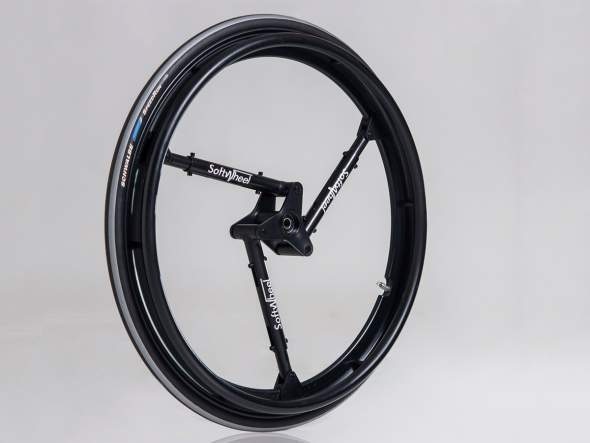 The idea behind the SoftWheel technology for a shock absorbing wheel came about after an Israeli farmer, Gilad Wolf, broke his pelvis.  He wanted to continue working his field while in his wheelchair but the bumps and uneven terrain were too much.  That is when Gilad went about reinventing the wheel. 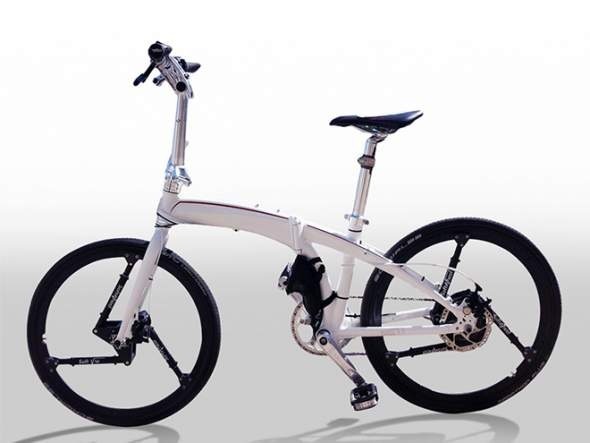 A standard wheelchair will lose about 30 percent of the expended energy due to lack of suspension.  "Most of the time, the user is driving a rigid wheel with no suspension and it breaks your back and shakes your filings loose," says SoftWheel CEO Daniel Barel.

The SoftWheel system has three compression cylinders that absorb shocks at the wheel level before they hit the rider.  Currently the SoftWheel is being used on bikes and wheelchairs but the applications are endless (cars, airplanes, trains, etc,).  You can expect to see the SoftWheel for about $2,000 per pair at the end of 2014.