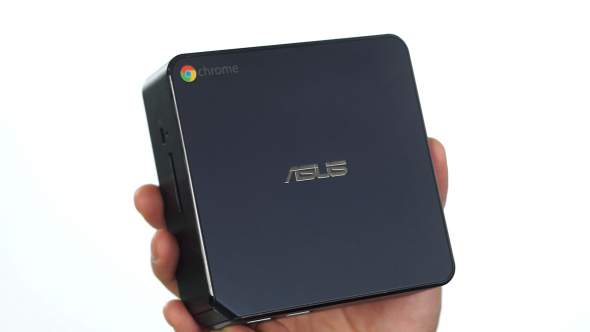 If you rely on legacy programs like Intuit QuickBooks, Microsoft Excel, etc… this might not be the desktop for you.  The main reason for the low price is Google’s free Chrome OS.  However, if you are willing to try out new, and subsequently free, alternatives to your goto programs and don’t need a bunch of power/speed the Asus Chromebox M004U is worth considering.  Don’t expect the Chrome OS to replace the things you love about your MacBook Air… but it will make a decent simple computer.  One other nice feature, over that of Microsoft Windows, is that there currently isn’t a bunch of malware to worry about with this OS choice.  If/when this free OS takes off you can expect to see more viruses and malware.  Google does offer a feature called “Powerwash” which will reinstall the operating system to default settings should something go wrong.  Back up your important stuff folks.

Before getting started with a new Chromebox M004U you will need to get your own monitor, mouse, and keyboard as they aren’t included.  Ports include 4 USB 3.0, power, 3.5mm audio out, HDMI, network port, an SD/MMC card slot, and a DisplayPortt.  The CPU is a 1.4 GHz Intel Celeron 2955U Processor which is plenty powerful for this Google browser world.  Bluetooth 4.0 and dual band 802.11 a/b/g/n Wifi are also included, storage is tiny at 16GB’s.  The reason internal storage (just 16GB’s) is so small is because Google wants you using their cloud based storage and is offering 100GB’s for two years when you purchase a Chrome OS device. 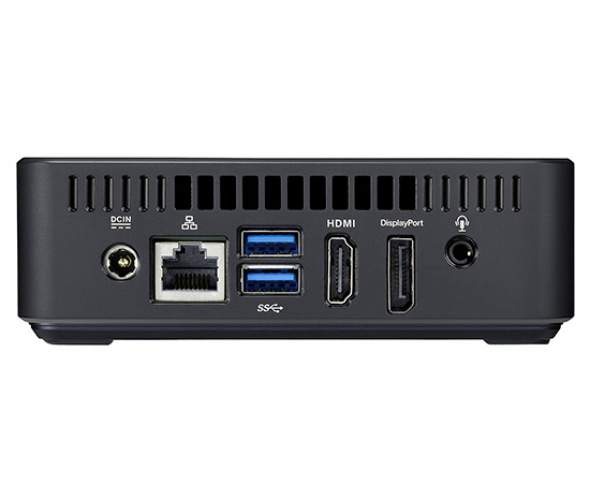 How does it perform?
The Chromebox M400U boots up very quickly and feels more like being stuck in a Chrome browser than a traditional operating system.  It is pretty easy to hop between the Google aps but takes some getting used to.  If you haven’t used a Chromebook or other Chrome OS device the idea of handing all of your pictures, documents, etc… over to Google’s control in the cloud can be unnerving.

1080p videos launched and played pretty well… we did notice some lag between fast action scenes.  There are also some parental controls for limiting what guest/child accounts can do.  Nice feature.

Of the available Chromeboxes the M004U is currently the best we have played with.  It isn’t going to replace mainstream systems where power, gaming, and legacy applications are important but makes a great (cheap) web surfing computer at under $180.