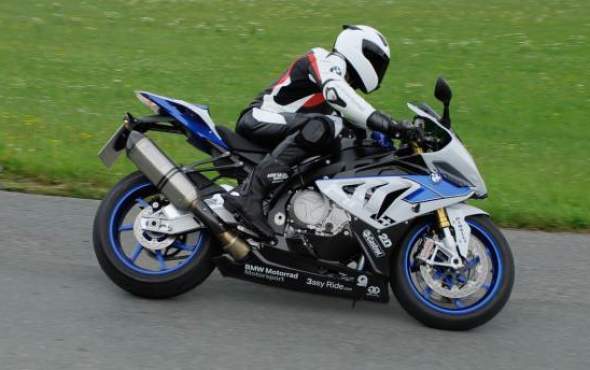 When it comes to advanced ABS braking systems for motorcycles, BMW is the clear leader. The BMW motorcycle ABS made it so riders could use their brakes, rather aggressively, in wet or bumpy surfaces. This tech is pretty cool and no doubt saves lives along the way… but it still wasn’t perfect for braking during corners. Until now.

BMW has released their ABS Pro system which incorporates lean angle sensors for safer breaking in corners.  Read on for details of the ABS Pro. 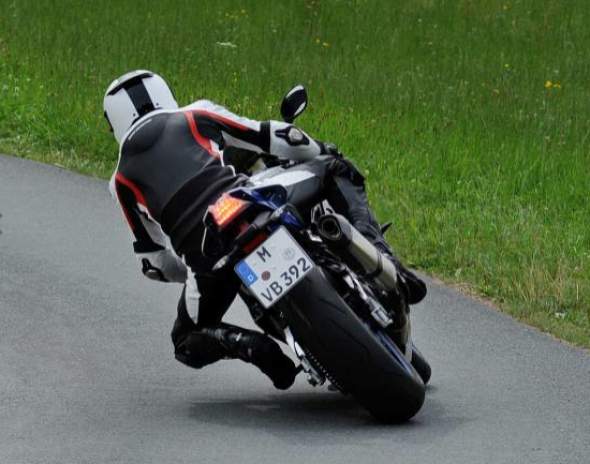 Even before ABS Pro was developed the existing BMW ABS systems were the best around…. they just got better. The first bike to get the new ABS Pro system is the BMW HP4. Now riders can hit the brakes harder in corners without the standard associated crash.

Motorcyclists usually try and get most, if not all, braking done before getting into the corners. In real world conditions it doesn’t always work out and we need to brake a bit more while actually negotiating a corner. This is a scary event at times. Imagine hitting a corner and realizing that you are going to fast. If you hit the brakes too hard your rear, or worse front, wheel can lose traction causing the bike to crash.

BMW’s ABS Pro system uses data from a variety of sensors that monitor wheel speed, brake pressure, yaw, roll, and transverse acceleration. All of this data allows the braking system to keep riders from over-braking while in a corner. The system also allows for the maximum braking power without a lowside or highside crash.

Expect to see the ABS Pro system by the end of October.  The system can be retrofitted to your existing HP4 for around $514 (well worth the price). 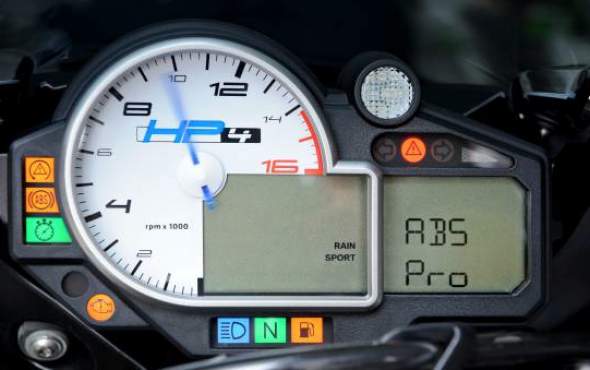 The function was deliberately conceived for use on public roads, where unexpected dangers can always potentially lie in waiting. While the Race ABS in the HP4 already provides a very high degree of safety when braking in a straight line, ABS Pro now goes a step further to offer increased safety when braking on bends as well. Here, ABS Pro prevents the wheels from blocking even when the brakes are applied quickly; this reduces abrupt changes in steering force on shock-braking manoeuvres and stops the motorcycle from rearing up unintentionally.

Technically speaking, ABS Pro adapts ABS control to the motorcycle’s banking angle depending on the current situation on the road. In order to determine the bike’s banking angle, the system draws on the signals for roll rate, yaw rate and transverse acceleration as provided by the sensor cluster – which are already used for Dynamic Traction Control DTC and for the electronic suspension DDC Dynamic Damping Control.