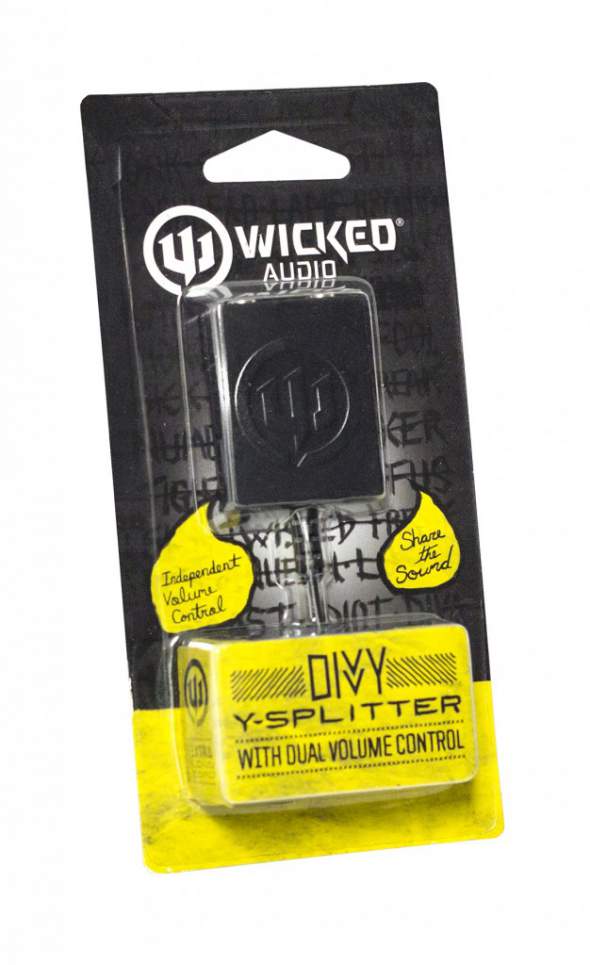 Having to share, let’s say, an iPad screen on a long flight isn’t so bad. The tough part is trying to share the audio. On a long flight last year, me and my wife each used one earbud so we could hear the movie we were watching. It wasn’t the optimal solution to put it mildly.

Enter the Wicked Audio Divvy which not only splits the audio source (3.5mm jacks) from your tablet or smartphone but allows for independent volume controls. This seemingly simple feature makes all the difference in the world. I like the audio louder than my wife as I want to totally drown out the loud airplane noises.  She, on the other hand often uses the movie as a sleep aid and wants the volume a bit lower.