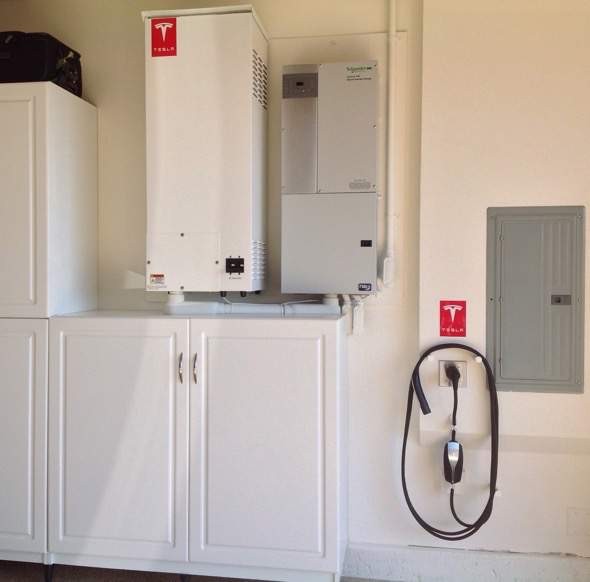 Elon Musk and his team at Tesla Motors must never sleep. In addition to launching new models of the best electric vehicles on the planet, they are also about to unveil a lithium-ion based home battery storage system.

Why would a home owner (or business owner) want to store energy in a battery? There are many reasons. Some folks just want to be independent of the expensive energy grid, others want to have more control and savings of their solar production. I imagine the main users will be folks with solar arrays on their houses that are set up with Time-of-use (TOU) rate plans. Currently TOU customers (typically solar homes) have to draw power from the grid in the late afternoon and evening when electricity rates are the highest. With a Tesla home energy storage system they could lower their electricity costs by charging the battery during the day and using the stored energy during peak hours. I am sure the utilities are not a big fan of this system, but hey they have had a monopoly like hold on it for long enough. Not to mention solar and wind power with a storage system is better for our environment. Less pollution!

There aren’t a ton of details but Elon Musk did have this to say “”we're going to unveil the Tesla home battery, or consumer battery, that will be for use in people's houses or businesses, fairly soon.”, pretty cool stuff.