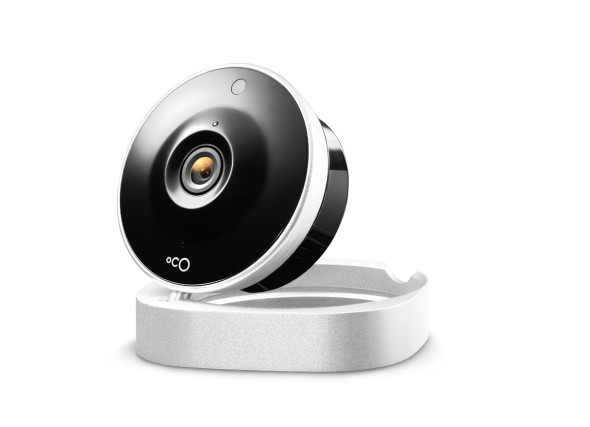 Choosing the right home/business monitoring camera is a daunting task. For most folks, a streaming WiFi camera with video/audio cloud storage is the quickest way to get up and running. Also, maintenance on this type of camera system is minimal when compared to other DVR systems. The Oco Streaming Camera System makes going from 0-60 incredibly quick and easy. Read on for a full review of the Oco camera. 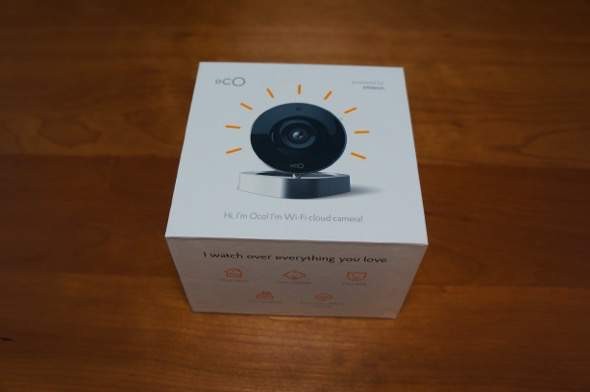 Initial packaging and product quality is very good. No extra waste or gargantuan packaging. Inside the box you will find the Oco WiFi Camera, a wall mount, 4 screws with drywall anchors, a wall power supply, micro usb power cable, and a quick start guide. 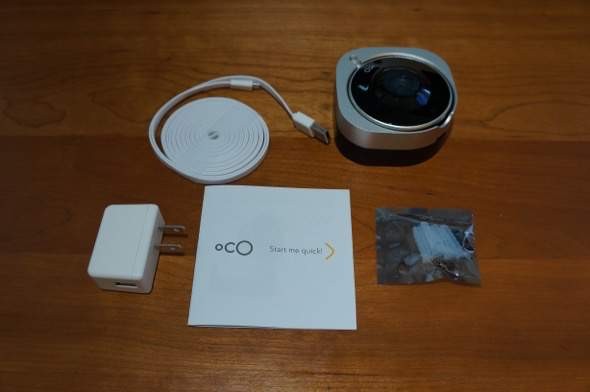 The camera is pretty simple. I comes nested inside its mounting base/stand and swivels up and down 90-degrees and rotates 360-degrees. On the front is the lens, a light sensor, a status LED, and eleven infrared illuminators. The back of the camera has a reset button, the micro USB port, and a microphone and speaker. 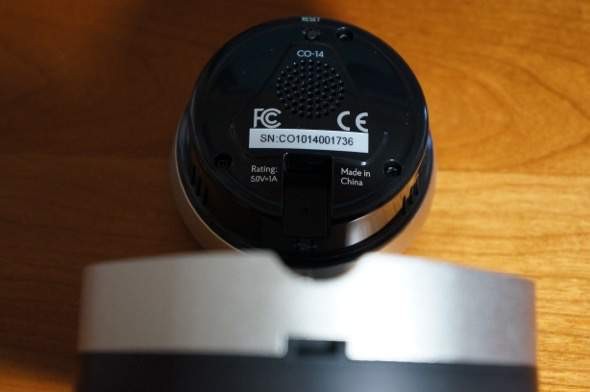 Setup – Setting up the Oco camera is easier than just about any other camera on the market. Yes, that includes the Dropcam Pro which needs a computer for setup.

The Oco WiFi Camera works with the Ivideon online cloud storage solution. The nice thing about setup is that you don’t need to use a computer. After following these four steps (took less than a minute) I had the camera live and recording video and audio. 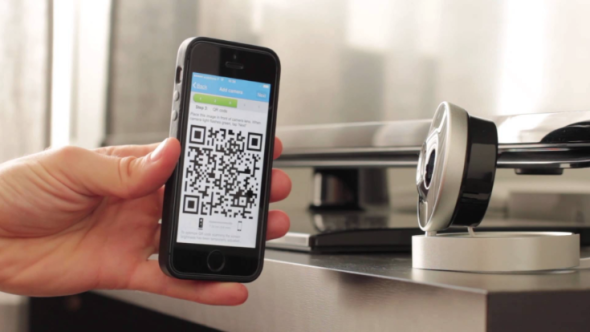 Cloud recording – Ivideon is used for accessing your cameras live and recorded video and audio. If you are in front of a computer use your web browser, if on a smartphone download the respective iOS or Android app. The user interface for tapping on previous recordings is simple enough and relatively intuitive. I prefer the Dropcam Pro browser interface which makes finding and clicking on previous motion events a bit easier. Not a deal breaker here as this system works well. The Ivideon/Oco solution works fast on the app or browser. The camera comes with a trial period to test things out without having to spend money initially. There is also a FREE plan for folks who don’t want to have cloud storage but live video. The plans are as follows – 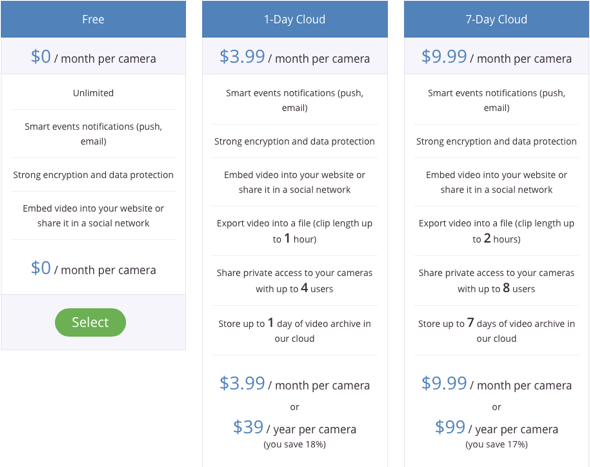 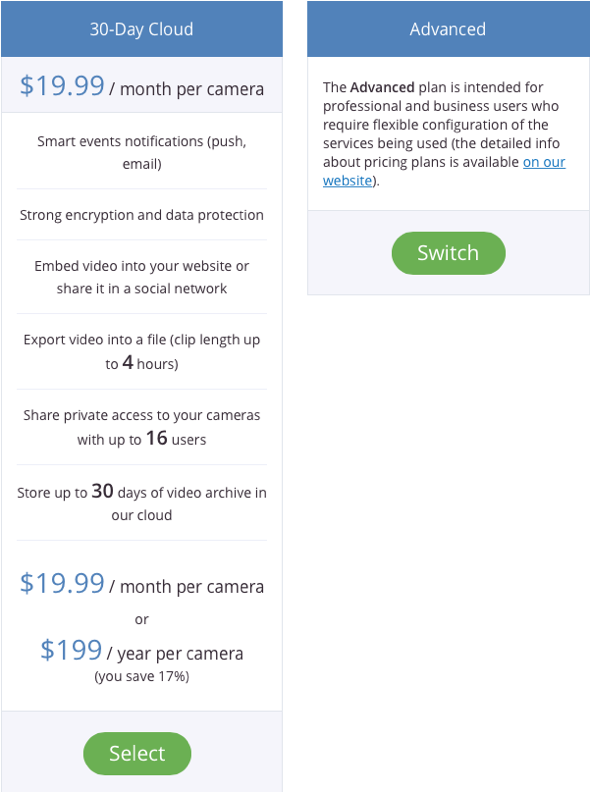 Ease of use – The camera is easy to setup and intuitive to navigate whether on a computer, tablet, or smartphone. The application has seven tabs: Camera, All Events, App Settings, Feedback, Help, Tutorial, and Sign Out. You can add more cameras to the system quite easily as well. On the bottom of the video feed page is the running timeline of recorded events and a push-to-talk button for communicating with anyone near the camera. The push-to-talk works great on web browsers, Android devices, and on the latest version of iOS (currently this feature doesn’t work on iOS with the Dropcam Pro).

Camera image quality – The Oco camera uses a 1/4-inch CMOS sensor and has 1280 x 720 resolution. The viewing angle is 120-degrees and also features an 8X digital zoom. During the day the video is very sharp and colors are bright/accurate. When dark the camera activates the infrared lights and the video becomes black-and-white. The camera tends to switch to night vision mode before it actually gets dark. When the camera is placed in a hallway with a window at the other side (about 25-feet away) the camera stays in night vision mode all day. I suspect the light sensor is overly sensitive.

Conclusion – The Oco WiFi Camera ($140) has all of the big-boy features at a reduced price compared to other options available today. There are more cloud storage options/plans than the competition, and Oco/Ivideon tend to be cheaper here as well. The Oco camera system is so easy to setup that you can send one to your grandparents and they will have it up and running in no time. 😉