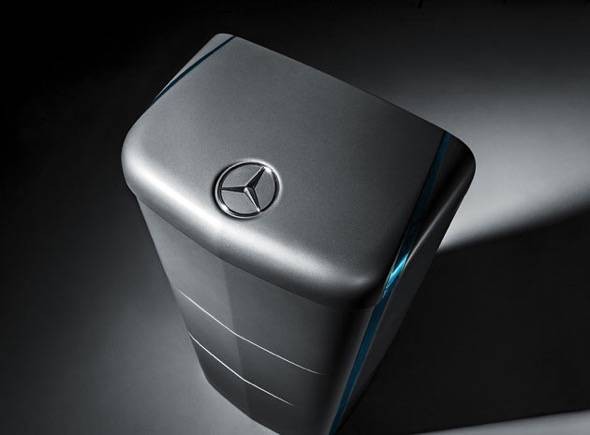 Tesla Motors recently announced their Powerwall product which is essentially a giant battery for your home or business. The idea is that you can store energy in the battery packs when the kWh rates are lower and use energy from the packs when energy rates are higher. Great idea. Not sure why it took so long for someone to do this in the first place. Apparently many people agree because Tesla sold out of their first run of Powerwall batteries through mid-2016.

Enter Mercedes-Benz and now Tesla has a compeitor in the home/business battery pack game. The Mercedes-Benz approach is very similar but focuses on smaller battery packs (2.5kWh) each that can be combined up to 20kWh. Look for a shipping date from MB in September.