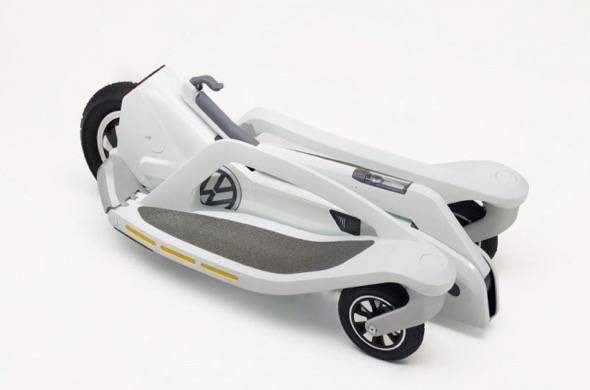 Apparently the crowded parking lot situation is not a new one. Volkswagen is recycling an old idea with a new twist. Remember the Honda Motocompo? It was a tiny folding motorcycle built in the early 1980’s that was sold as an option to the Honda City car. It fit neatly in the hatchback and had mounting points that matched those of the car. The idea is that you park outside of the heavily congested area and ride in on the scooter. 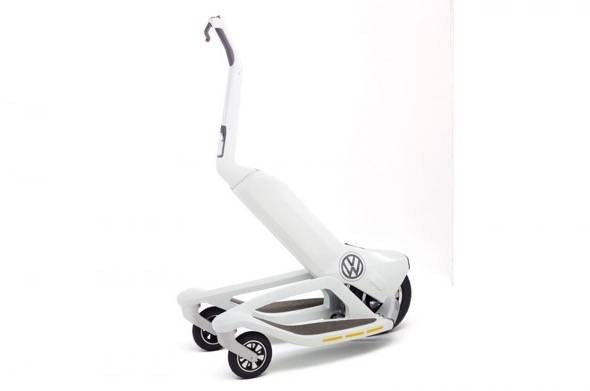