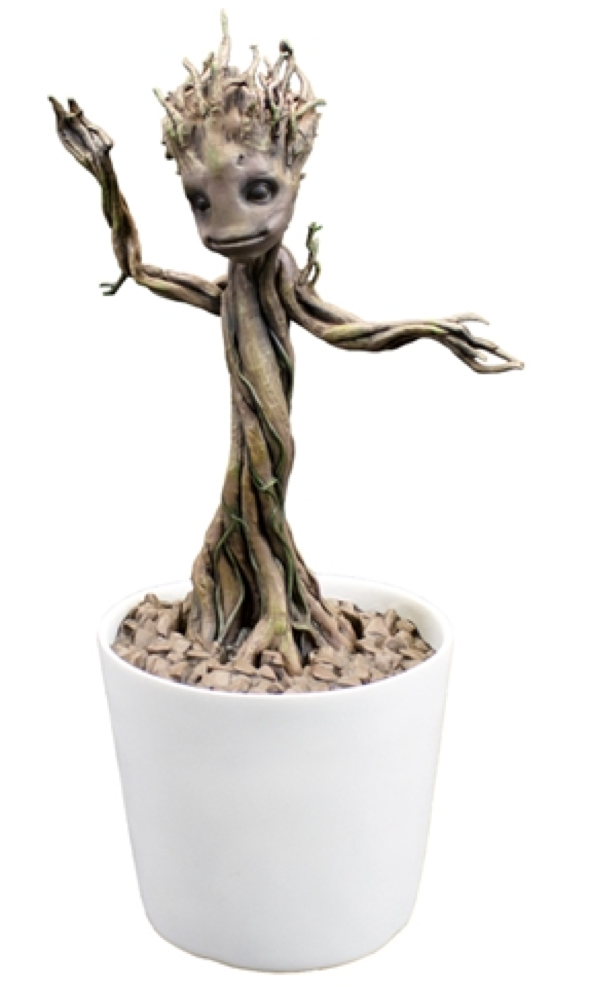 At the end of Marvel’s Guardians of the Galaxy movie there was a baby Groot growing in a pot. As the credits began to roll the baby Groot was dancing in his pot. Hearts melted. Adults cried. OK, that might be pushing it a bit. But who wouldn’t want their own baby Groot?

This limited edition Dancing Groot Motion Statue ($199) was crafted from the original CGI file and is a 1:1 scale version. Built by Factory Entertainment and individually numbered the little Groot moves when you touch it. Video of the dancing baby Groot after the break.