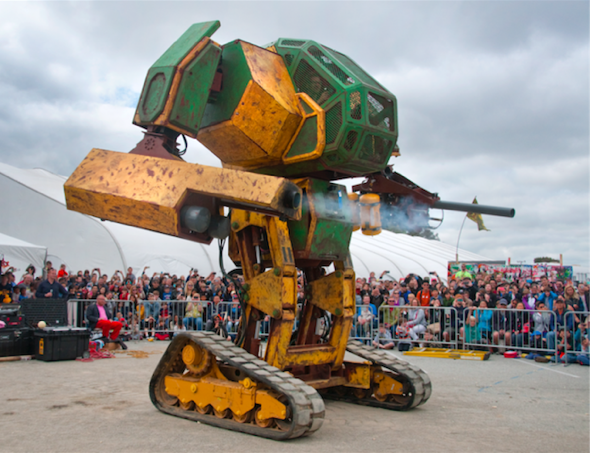 BattleBots is a TV show where people build relatively small robots that are remote controlled. These BattleBots then fight to the death in a caged arena. It is amazing to watch because some of the robot designs are very unconventional and make for unpredictable fights. Now imagine a much larger scale of the same thing. That is what MegaBots is hoping to accomplish.

The tiny startup, MegaBots, has raised 2.4 million in seed funding and is working with lawyers to make giant robot fighting a reality. Their plan is to make a giant robot version of the UFC.

The best part is there is already a fight in the works between Suidobashi Heavy Industries robot Kuratas and the MegaBot MKII. Can’t wait!