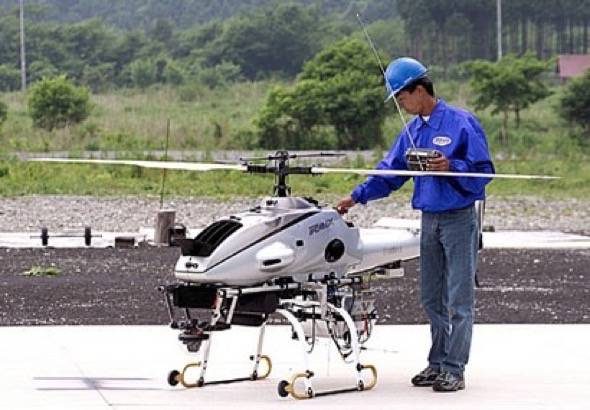 I had no idea that Yamaha was in the UAV business despite the fact that they have been at it for decades. These aren’t your typical play drones, they are built to get work done. The Yamaha Fazer R, and the Fazer RG2, can be used for crop dusting (up to 10 acres), surveying,  photography, or other industrial jobs. These are an evolution from the past version, the RMAX.

The latest Yamaha Fazer R makes 20.6kW of power from its two-cylinder engine. There are several attachment options depending on what type of work you plan on using this remote control helicopter.

Head over to Japan and get your Fazer R for just $130,000. More pictures and video after the break.