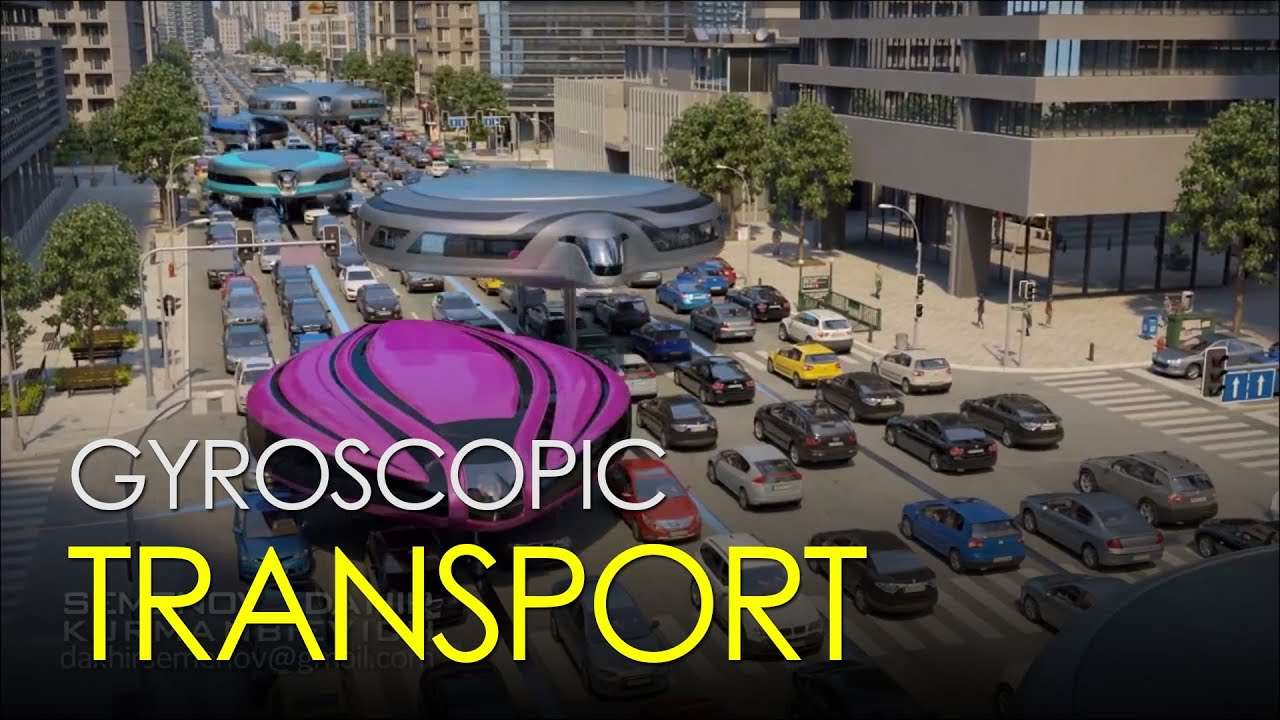 Not sure whether to put this under the “genius” or “crazy” section but it certainly is interesting. Public transportation in most of the US is not that great. Traffic tends to bring most forms of transport to a grinding halt. This futuristic approach to mass transport by Dahir Insaat is simply called Gyroscopic Transport. Best shown off with a video which is after the page break.

To those who are professionals who study issues in urban transport, I want to say the following. Due to the fact that this invention will necessarily appear on the roads of different cities around the world, I do not have the slightest doubt that this mode of transportation will supersede buses, trams, and trolleybuses in the cities of the future. The second level of this mode of transportation has huge potential to provide an efficient, economical, safe, environmentally friendly, comfortable, and maneuverable conveyance that is independent of the general traffic flows on arterial roads. That is because the lane separator between lanes satisfies all of the requirements for the creation of this mode of transportation. It will inevitably take its rightful place as a modern urban form of transportation. It is just simply too tempting to be able to travel without traffic jams at any time of the day or night.
I can imagine that someone would like to ask me if I am personally ready to undertake the introduction of this type of transport in practice, that is to say, to see the project through all stages from the design and construction of the first prototype to the testing and certification of the industrial product. And I can answer that I am not only ready, but I consider it my direct duty as the creator of the idea and patent owner (the person with the formal right to realize the invention) to produce second- and third-level gyroscopic transport. I’ve been developing this idea for two years now, and I’m prepared to bring it to fruition in practice. First, we will finish designing the entire model range of cars and transit stations. And then, if everything goes according to the plan, in 2020 tens of thousands of fans from different countries around the world attending one of the big international sports competitions will be able to see and even ride for free the most luxurious urban gyro monorail trains, the transport of the future. I propose that the gyroscopes in these cars will be initially powered by flywheels that are wound-up in the morning. They will continue to be powered throughout the day from the energy supplied by solar panels that are mounted on the roofs of the cars. My hope is that this will be the most important transport event of the next two decades.
I can say without exaggeration that this mode of transportation is compatible with the human habitat, with the spaces in which city dwellers recreate. It can pass alongside parks, squares, and pedestrian paths, and in some cases it can even ride alongside people strolling down wide boulevards. After all, it is absolutely safe in both ecological and physical terms. It cannot cause serious injury. The most it would do if it hit a person who is standing on the monorail would be to push him out of its way. In a word, Anna Karenina would not have been able to commit suicide if she threw herself in front of a gyro monorail, no matter how much she wanted to. Therefore, we should classify this vehicle as a mode of friendly transport. It is a vehicle that is always nearby and is never late. It makes no audible noise, and when you travel on it, you will be able to relax in one of its comfortable seats.
Finally, a few words about the commercial side of the proposal. Dahir Insaat considers the gyro monorail to be a priority business project. Starting today I am ready to accept offers to license this mode of transportation. I am prepared to sell everything from a manufacturing license to the exclusive right to operate this vehicle in specified countries.
Respectfully yours, Dahir Semenov.