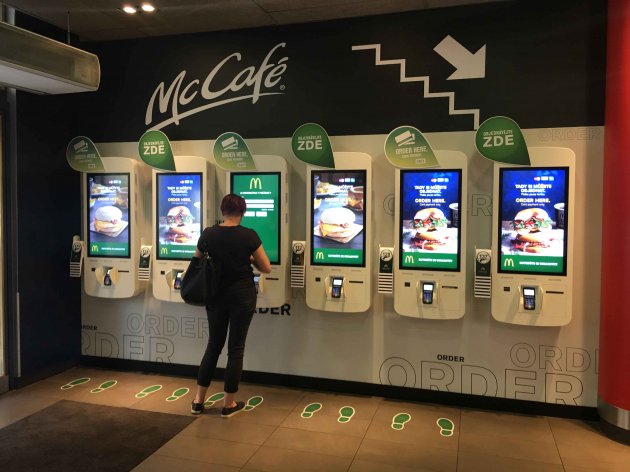 I probably shouldn’t be eating at McDonald’s in the first place, but on occasion, it hits the spot. With that said, I typically worry about the healthiness and quality of the food. Guess I should be worried about the LCD ordering touchscreens. Yikes. In every McDonald’s tested, these self-ordering LCD screens had fecal bacteria on them. Read on for the details.

McDonald’s has been updating its stores and adding self-ordering machines. They are, in fact, installed in thousands of McDonald’s locations. In theory, you spend some time touching the LCD ordering screen, then shortly after you are handling your food. Yucky.

According to the paper, they swabbed the new self-order machines in six different England locations-six in London and two in Birmingham. The breadth of different and concerning bacteria on each one worried Senior Lecturer in Microbiology at London Metropolitan University Dr. Paul Matawele, who told the Metro: “We were all surprised how much gut and [fecal] bacteria there was on the touchscreen machines. These cause the kind of infections that people pick up in hospitals.”
Among those bacteria was staphylococcus, which has been linked to Toxic Shock Syndrome. Matawele called the bacteria “so contagious.” He was also concerned about the listeria, klebsiella, and proteus strains found, each of which contributes to a different serious illness.