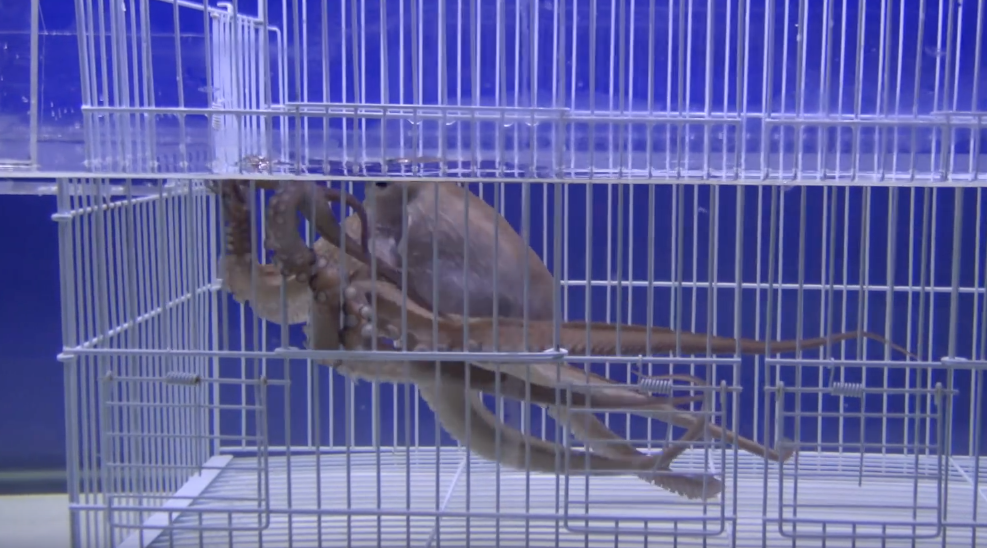 Octopuses are known to be very smart. So smart, that if they as long as humans they would likely take over the world. I’m not making that up, some smart people believe that, google it. Octopuses have an average lifespan of three to five years and as I said earlier are very intelligent creatures. Watch the video after the break of Rudy the octopus attempting to escape breakout of four escape rooms of increasing difficulty.