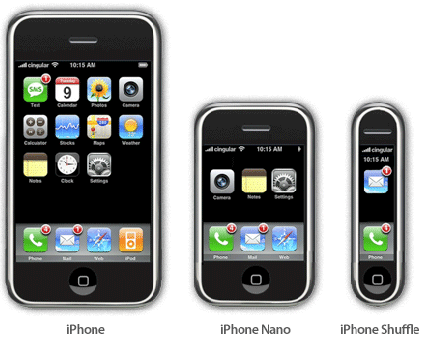 We all know (or speculate highly) that in June Apple will release a new iPhone. I will bet my 3 legged dog “Stumpy” on it. We also assume that it will have the new revision of the iPhone OS 2.0 on it with all the new features that have been covered on many sites. The question is, will Apple listen to the people that have bought the iPhone and what changes they want made to the new iPhone?

So come on Apple, step up and listen to those of us that want the iPhone but were afraid to test the first version. There is also those people willing to renew that 2 year contract and drop some more money down for a better iPhone. Maybe it is time to pay attention to the little guy that can help pay Steve Jobs $1 a year salary…

Ok readers it is your turn.. Add some comments on what other features you want to see on the new iPhone – Leave a comment.

7 Comments so far. Feel free to join this conversation.