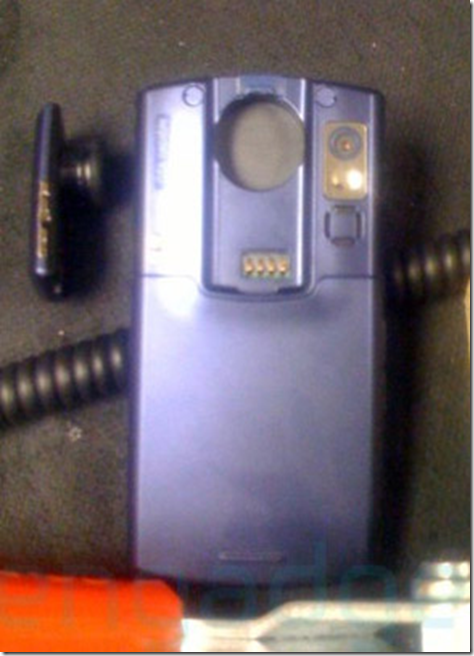 The LG Decoy VX8610 is a slider style phone with a new look. There are four standard 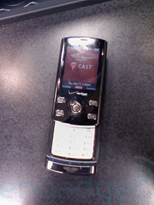 buttons that surround a trackball d-pad (similar the ball used on BlackBerry devices). The phone slides open just like the Chocolate and Venus. Just like a mullet, all business up front… party in the back.  On the back of the VX8610 is the phones best feature: a built-in removable Bluetooth earpiece.  I wish all phones had this.  This is the first Verizon phone that has a removable Bluetooth earpiece, so we are sure it will be one of its biggest selling points. Other features include a QVGA display, 2MP Camera, microSD card slot, and a microUSB port.