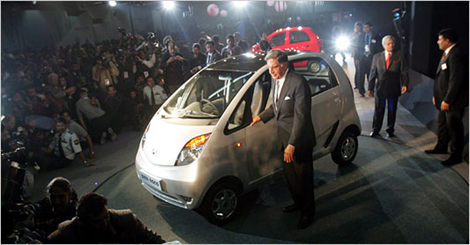 Ratan Tata, the chairman of Tata Motors, has been talking about his $2,500 (100,000 rupees) car for quite some time. Looks like the car is now ready for the masses in India in a “standard” version and a “deluxe” version which includes air conditioning. The Tata Nano has four doors, is just over 10-feet long, 5-feet wide, and is powered by a 623cc two-cylinder motor in the rear of the car. The car has only 33 horsepower and tops out at 65MPH… which is plenty fast for India’s current roads.

More pictures and videos after the break. 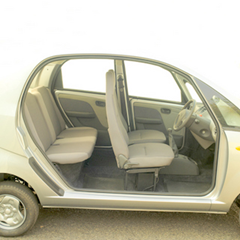 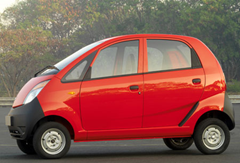 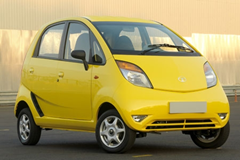 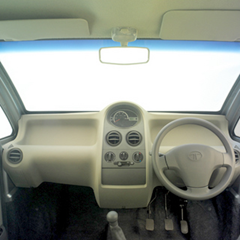