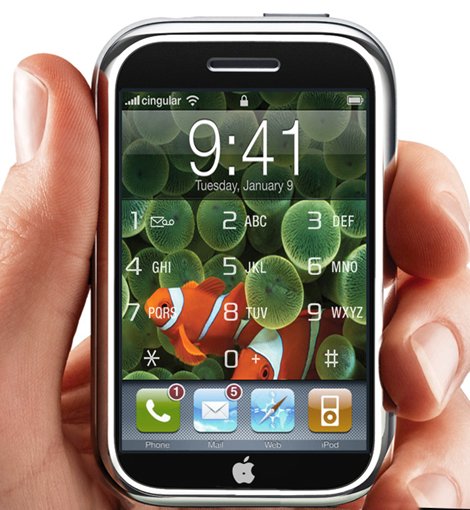 So I heard this from my father’s brother’s nephew’s cousin’s former roommate who lives in England that there is an iPhone Nano in the making and it will be landing by Christmas. This was confirmed by an online article in UK so you know this shit is real. The product will be launched in the UK at up to £150 for pay-as-you-go customers by O2, the mobile phone group owned by Spain’s Telefonica. ‘This will be a big one,’ said an industry source (WTF does that mean). One “expert” suggested the nano phone would have a touch wheel on the back and display on the front so that numbers would be dialed from behind – later his title as “expert” was removed and he was drowned in a vat of whale spunk. There are also equally compelling rumors of an iPhone Shuffle making a debut by April 1st, it will not have a screen but will dial a random phone number every time you touch it. Stop the rumors already people, I still don’t have my frigging 3G!