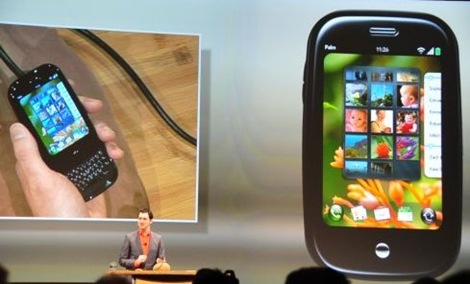 When I first read about the “pre” I thought that the sentence was cut off… or that the name was chopped by mistake.  Like maybe the phone was called the “Palm Premier” or the “Palm Pretty”.  Sooo, let me start off by saying I think the name is ummm stoopid.

With that said… I am trying to look at Palm’s new “Pre” with an open mind.  Remember, I used to be Palm’s biggest fan boy before they quit innovating and got the shite kicked out of them by Apple and RIM.

Read on for details and specs after the break.

Some neat (?) features are the combination of internet instant messaging and phone best text messaging into one interface, removable battery, USB mass storage support, and a cool wireless charger.

Bummed that Palm is doing an exclusive with Sprint as the carrier of choice… I imagine that alone is a deal killer for most users.