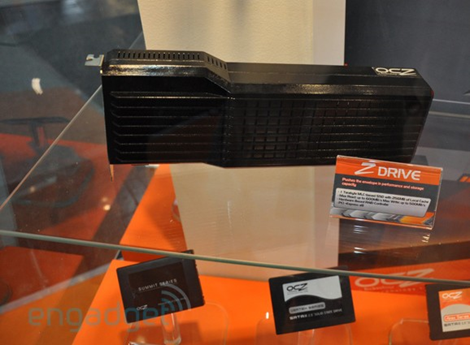 One of the biggest complaints about SSD drives is that they don’t tend to come in the higher capacity sizes.  OCZ (showing off at CeBIT) announced a PCIe gadget that is basically 1TB of SSD with read speeds of 600MB/sec and max write speeds of 500MB/sec (sustained write speeds are 400MB/sec).

Essentially, this device will contain four 256GB MLC-based OCZ SSDs along with 256MB of ECC DDR2 RAM; when slapped in one’s desktop, they can choose to set it up as the boot disk or a slave. OCZ is also hoping to offer a 4TB edition by the end of the year, which is totally plausible given that 1TB SSDs are already a reality. The on-hand demo was just a mockup shell, but the finalized version shouldn’t look much different than what’s pictured in the gallery below. As for pricing and availability? It should hit the US of A in around six weeks for somewhere between $1,500 and $2,000. It’s high-end, y’all.

Detailed pictures and more after the break. 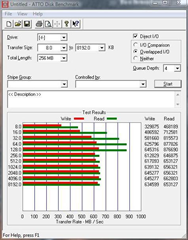 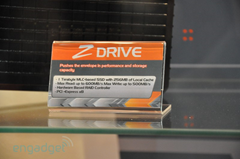 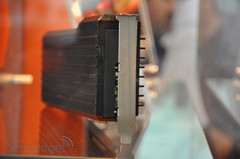 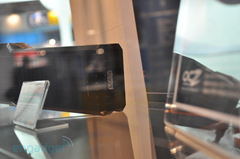