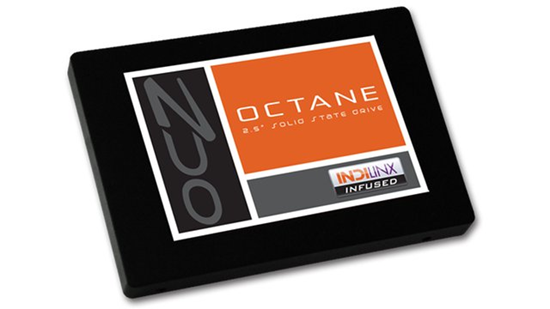 The OCZ Octane series is the first SSD (Solid State Drive) to jam 1TB of storage into a 2.5 form factor.  As if that wasn't enough it is also much faster than competitor drives at 560MB/s read and 400MB/s write speeds.

"The Octane series has a new controller called Everest (made by Indilinx, which OCZ recently acquired). They have built a bunch of new proprietary algorithms into it and they make a lot of bold claims, including nearly doubling NAND life, which should give it a whopping ten-year lifespan under average use (which they said was pretty vigorous). It’s supposed to retain most of that out-of-the-box speed even after it’s mostly full and has been though many write/erase cycles, which has been a major sticking point for SSDs in the past. There are no compression, file-type, or file-size limitations, which means you should get the same speed no matter what you’re working with."