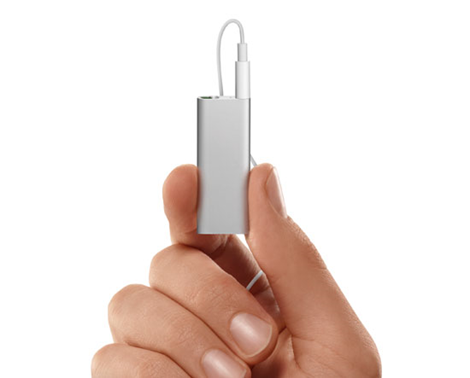 Apparently the tiny iPod Shuffle wasn’t tiny enough. On Wednesday, Apple unveiled a 4GB Shuffle that’s half the size of its predecessor.

The new device is smaller than a AA battery yet holds up to 1,000 songs, Apple said. The preshrunk Shuffle also adds a new VoiceOver feature that can recite song titles, artists, and playlist names, as well as provide status information, such as battery life. Speaking of which, Apple said the gadget’s battery life clocks in at 10 hours.

Priced at $79, it comes in silver or black. The aluminum body of the third-generation Shuffle stands 1.8 inches tall and is 0.3 inch thick.

The navigation and volume controls are in a small protrusion on the right earphone cord. 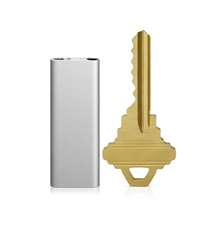 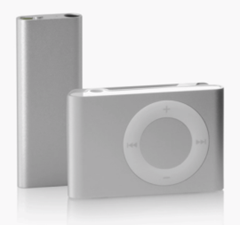