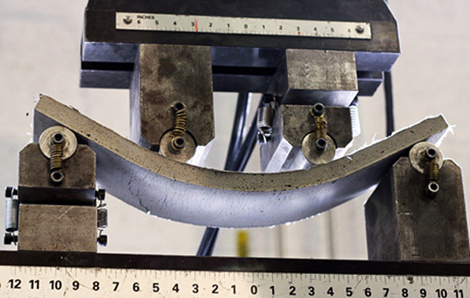 “A little known fact among most is that Japan is one of the epicenters of world concrete production, and thanks to one of their latest innovations our future cities will have the ability to heal. Building on the research of Japan’s concrete engineers, University of Michigan in Ann Arbor researchers Victor Li and Yingzi Yang have developed a kind of self-healing concrete.

According to their results, tiny cracks in specially formulated concrete can self-heal after being exposed to rainwater and carbon dioxide in the air, a process that produces a calcium carbonate similar to that found in strong yet malleable seashells. The material is being considered as an expensive, yet safer alternative for a wide array of stress bearing structures as well as earthquake prone areas.”