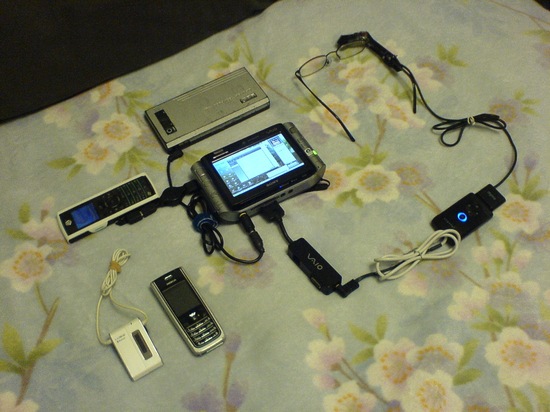 In a bold move, that takes male contraception technology to a whole new level, a previously unknown tech enthusiast from MicroPCTalk.com that goes by the name FiveSeven808 butchered a Sony Vaio UX380, a Motorola iDen i425 and a MyVu and Frankensteined them into a “portable” and “wearable” computer with a HUD (Heads Up Display). This “wearable” computing solution consists of seven or eight pieces of tech that people can elegantly drape around themselves complete with an element squished out of MyVu headset and neatly framed into a pair of every day glasses. Early word from the street went something like this, Condoms got NOTHING on this invention when it comes to preventing reproduction.