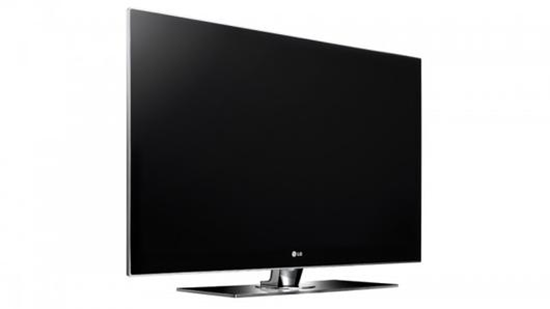 LG released their flagship LED TV, the LG SL9000.  It’s claim to fame is the borderless, or frameless, design which gives you (42 to 47 inches) viewing pleasure from end-to-end with no frame.  Read on for details and specs.

Although the SL9000’s design appeals when it is turned off, LG has also managed to cram the TV’s glossy enclosure with plenty of technology to ensure it impresses on the picture and sound fronts as well. An LED backlight provides for a 3,000,000:1 dynamic contrast ratio and the set runs LG’s TruMotion 100Hz technology. Other specs include 178 degree viewing angle and 500 cd/m2 brightness.

To get around the problem of where to place the speakers for the TV’s borderless design LG has refined its ‘Invisible Speaker’ technology to hide two new slim 1-way speakers on the bottom of the set. LG says this, along with SRS TruSurround, delivers superior sound quality without the need for unsightly speaker grills that would ruin the TV’s aesthetic.

The SL9000’s Bluetooth compatibility means it is possible to view and listen to music, movies and photos from a mobile phone without any cables. It also means you can connect wireless headphones for private listening.

The SL9000 features five distinct energy saving modes and, according to LG, uses up to 80 percent less power than conventional LCD TVs. LG has also included its ‘Intelligent Sensor’ technology, which analyzes the light in the room and automatically adjusts the SL9000’s settings, such as backlight intensity, to lower power consumption.

LG’s SL9000 will be available in 42- and 47-inch screen sizes from October. Prices yet to be announced.