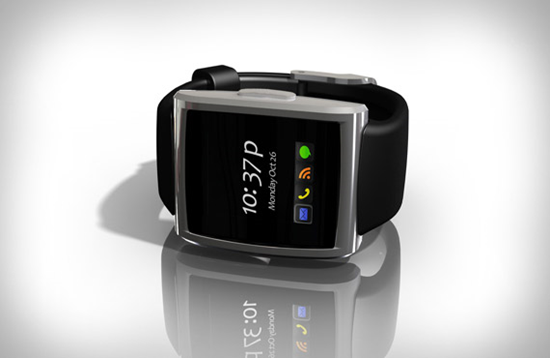 The blackberry is often called the crackberry because people are often addicted to their blackberry smart phones, constantly checking them at every free moment.  This behavior is often a cause of annoyance for the non-blackberry person who is ignored while this is happening, especially during meetings.

Enter the InPulse Blackberry SmartWatch which connects wirelessly via Bluetooth to your Blackberry, allowing you to secretly check emails, texts, and twitter without pulling your phone out of your pocket.  The 1.3-inch full color OLED screen is big enough for just this type of thing and is powered by a rechargeable lithium-ion polymer battery.  Gotta love innovation.  Pre-order now for $149.