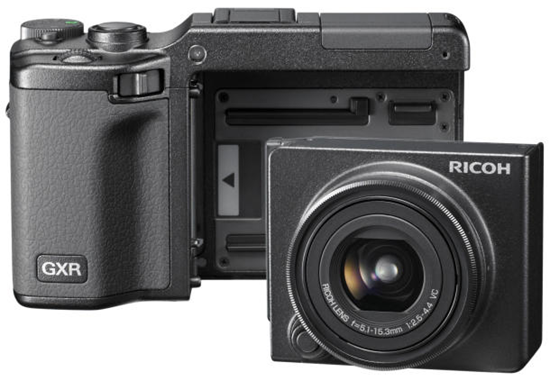 Ricoh has come out with their weirdest camera to date, the GXR with what they call an "interchangeable unit camera" which is basically a lens/sensor module that slides into the camera housing.

The camera base features a 3-inch LCD, the controls, hot shoe, and a flash.  More details after the break.

"When it ships in the beginning of December, Ricoh plans to have the body and two camera units. Also, according to the company, it promises to deliver a new camera unit every quarter, starting with a nonspecific telephoto in the second quarter of next year.

One of the initial modules consists of a 24-72mm-equivalent f2.5-4.4 lens coupled with a 10-megapixel 1/1.7-inch sensor-shift-stabilized CCD; it supports ISO sensitivities from ISO 100 to ISO 3,200, VGA movies, and a raw burst speed of 5 frames per second for an unspecified number of frames. Essentially, with this unit the camera becomes a slightly updated version of the GX100, with the better sensor from the GR Digital III and a bump up in LCD-screen size." 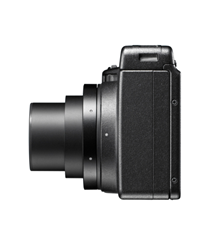 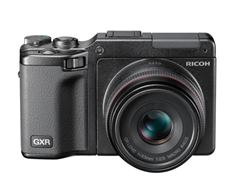 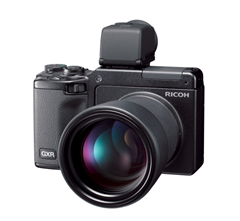 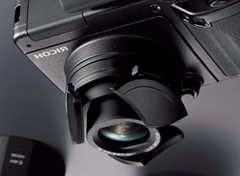