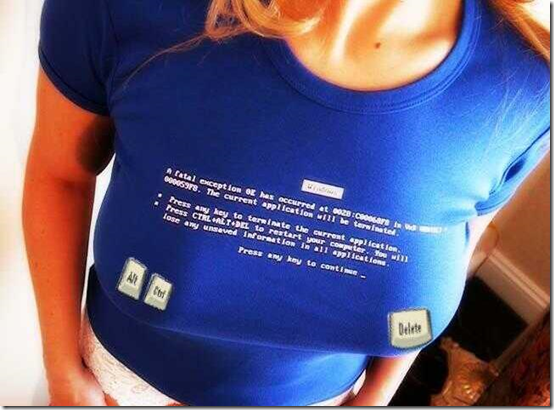 If you have worked with Windows PC's for a bit, you are most likely familiar with the blue screen of death.  You know the one, looks like DOS and has a blue background with white text that says something like, "A problem has been detected on your computer, you are screwed,".

It looks like the November 10th Microsoft patch (a security update) is causing some computers to have the black screen which causes your PC to freeze up and removes everything (sometimes it will leave the My Computer window).

Microsoft made changes to the Access Control List (ACL), the permissions list your computer uses for logged-on users. The ACL interacts with registry keys, creating visible desktop features. Well, looks like the latest patches appear to edit those registry keys. In layman’s terms, this means that stuff doesn’t load or run properly and you get a black screen.

The best part is the Windows black screen of death doesn't discriminate, it can cause problems on Windows 7, Windows XP, and Windows Vista.

“Microsoft is investigating reports that its latest release of security updates is resulting in system issues for some customers. Once we complete our investigation, we will provide detailed guidance on how to prevent or address these issues.”

Now that you are informed, on to how to fix the Microsoft black screen problem.

Prevx, a UK security company that discovered the issue, released both step-by-step instructions and a download to eliminate the Black Screen of Death.