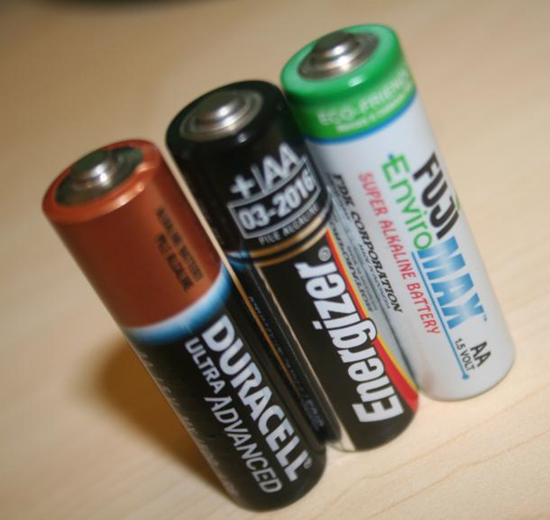 Eric Franklin at CNET spent some time testing which AA battery lasts the longest, is it Duracell Ultra Advanced, Energizer, or Fuji EnviroMAX?

"I chose what I thought were two of the most popular batteries on the market, and one not so popular battery. The goal being to determine which battery would last longer under controlled conditions.

We set up a Webcam, placed the flashlights in front of the lens, and started recording. When we returned a few hours later, all three flashlights were off and didn’t turn on when we attempted to do so.

We then skipped through the recorded video file to determine exactly when each flashlight died. Using the video duration counter, we determined the following results:"

Guess which batteries I will be buying for my Christmas gadgets?