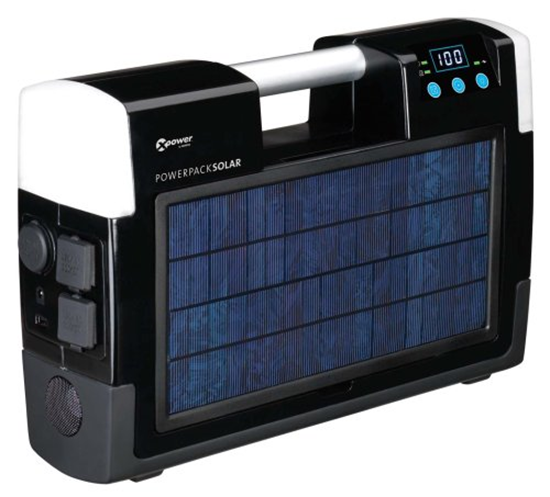 I love the idea of the Xantrex Xpower Powerpack 852-2071 solar battery charger and inverter.  It has two built in AC outlets, a USB port, a digital display, has a 400-watt inverter, and 12 volt DC outlet.  Yours for less than $129 here.  Read on for more details and pictures. 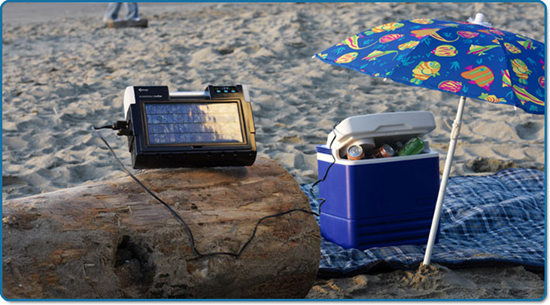 Operate your favorite gadgets anywhere with the Xantrex XPower Powerpack Solar. This portable solar device provides 400 watts of household power to run appliances and electronics. The Powerpack Solar’s solar panel continuously captures, stores, and converts the sun’s energy and extends the runtime of many portable devices. Two AC outlets, a DC socket, and a USB port give you plenty of options for simultaneously operating anything from laptops to cell phones to small TVs.

The Xantrex XPower Powerpack Solar At a Glance: 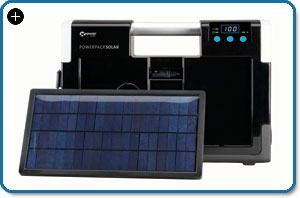 The Powerpack lets you run devices from anywhere and extends runtimes up to 25 percent. 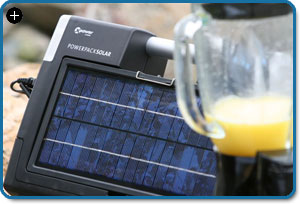 Quieter and more compact than a generator, this powerful tool adds fun and comfort to your travels.

Portable Power for All Your Electronics
A perfect companion for road trips, vacations, and camping, the Powerpack Solar can simultaneously run multiple devices thanks to its two 120-volt AC outlets, single 12-volt DC outlet, and USB port. The powerful built-in 400-watt inverter and sealed, spill-free 10-amp/hour AGM battery can power anything from a CD player to a 13-inch TV to a laptop to an air compressor. At the same time, the built-in USB port makes it easy to charge digital music players, cell phones, computer peripherals, and more.

For added convenience, the Powerpack Solar runs quietly, making it a great alternative to a generator. Non-slip rubber surrounds protect the Powerpack Solar from bumps and scuffs, and two built-in lamps help you set up the unit when the lights go out or when you’re getting cozy in a tent.

Clean, Green Renewable Solar Power
The XPower Powerpack Solar is the first power pack to incorporate solar power in a compact, portable power source. It’s completely self renewing, which means the five-watt solar panel captures, stores, and converts the sun’s energy, replenishes the XPower Powerpack Solar’s battery, and extends the runtime of many devices by up to 25 percent. An added bonus, the solar panel is detachable, so you can charge the battery and leave the panel in a safe place when you go to the beach or tackle the trail.

About Xantrex
Xantrex Technology Inc. (xantrex.com), a subsidiary of Schneider Electric, is a world leader in the development, manufacturing and marketing of advanced power electronic products and systems for the renewable and mobile power markets. The company’s products convert and control raw electrical power from any central, distributed, renewable, or backup power source into high-quality power required by electronic equipment and the electricity grid. Xantrex is headquartered in Vancouver, Canada, with facilities in the United States, Germany and Spain, and a joint venture in China.