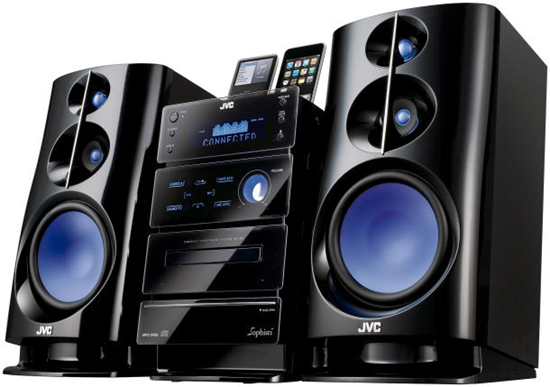 Today people tend to have at least one iPod or iPhone, and most (at least in my small circle) have two or more.  Looks like JVC gets the trend with their latest – the JVC NX-D2 and JVC UX-F3.  Both units can hold two of the portable media players simultaneously. The NX-D2 features a powerful 230-watt system with a three-way speaker system, charging two iPods at the same time while letting you play tunes from each via the dock's speakers.  The JVC UX-F3 model has 60 watts and a set of two-way speakers and video output so you can hook up video content from your iPod to your TV. And if you are one of the few who still play music from a CD, it has that as well (FM/AM tuner as well).  You can pick up the JVC UX-F3 and JVC NX-D2 for $199.95 (May) and $399.95 (January).