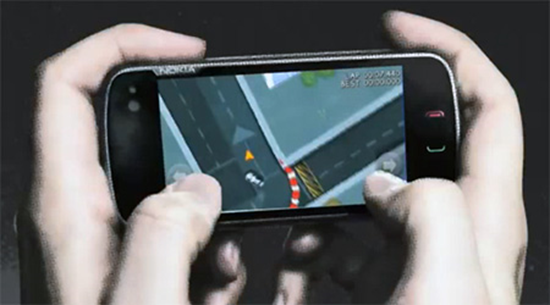 "Nokia has announced Ovi Maps as a FREE download with turn by turn navigation available now at the Ovi Store.  The new version of Ovi Maps includes high-end car and pedestrian navigation features, such as turn-by-turn voice guidance for 74 countries, in 46 languages, and traffic information for more than 10 countries, as well as detailed maps for more than 180 countries.

In conjunction with this announcement, Nokia has now launched the Ovi Maps Racing app, also free (for a limited time).  Ovi Maps Racing allows you to grab your location and set up a track to race around your (virtual) neighborhood."