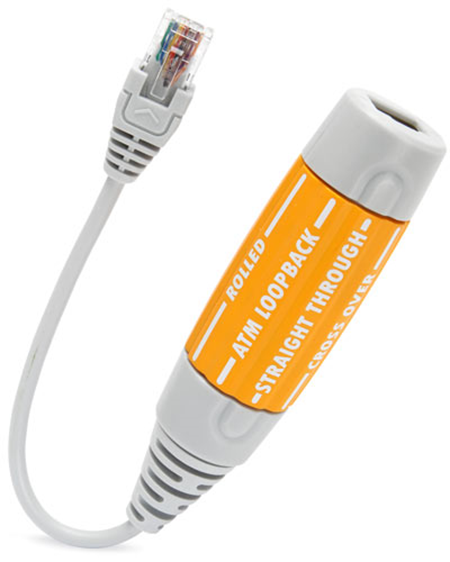 If you have ever had to spend much time tinkering with your local or business network, you know how handy this Universal Network Cable really is.  This $25 network gadget allows you to instantly convert any network line to rolled, crossover, straight-through, ATM/Loopback, and T1.

Read on for more details.

If you’re a member of the IT crowd, it’s sometimes hard to explain to your management why you need things. Especially if they’re the type of people who think the internet is a black box with a red LED on top or people who believe that if you type "Google" into Google you’ll break the internet. Try explaining to them that every time you need a patch cable that you have to dig through the giant box of everything cable-shaped for an eternity before finding the right one. To them, all cables are the same.

So here’s what you’re going to say… ready? "Hey, last time I had to find a patch cable, it cost you $50 worth of my time. Buy me one of these and I’ll never have to waste that time again." They don’t need to know that the Universal Network Cable adapter allows you to change wiring standard with just a click. They won’t care about going from straight through to crossover. Their eyes will glaze over when you mention Cisco or T1 or DDS. Just tell them that the Universal Network Cable is THE essential tool for the IT crowd, and that you’ll save them tons of wasted man/grrl hours a year. (Don’t tell them that you’ll spend those newly-found hours playing World of Warcraft. Bad idea.)