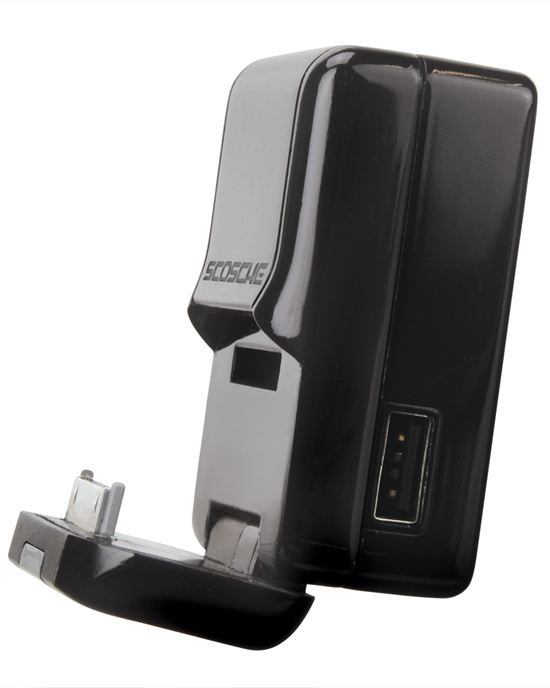 Looks like the Scosche ReviveLITE got an upgrade giving it the "II" designator, a smaller footprint, greater stability, and the ability to charge two devices at the same time with an additional USB port.  Simple but functional.  Scosche ReviveLITE II video and press release after the break. 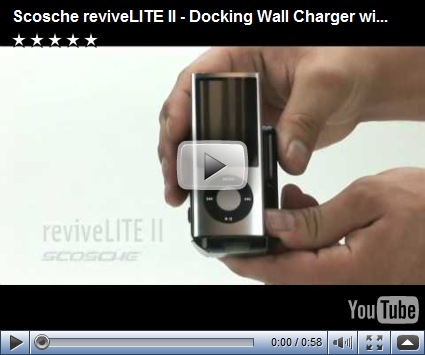 Oxnard, CA "“ March 04, 2009 "“ Scosche Industries, an award-winning innovator of iPod and iPhone accessories, announces the availability of its reviveLITE II. The second generation iPod/iPhone charger and nightlight has a smaller footprint than the original model and was redesigned to offer greater stability when plugged into an outlet.

Scosche also added a USB Port to the reviveLITE II, so users can charge another USB powered device while powering up their iPod or iPhone.  Like the original reviveLITE, the new version provides travelers with a switchable LED nightlight to avoid stubbing a toe in an unfamiliar hotel room.

"Scosche products are designed to eliminate clutter and enhance the accompanying device," said Kas Alves, executive vice president of Scosche Industries.  "reviveLITE II does just that, providing a docking charging solution for the iPod or iPhone and allowing travelers to eliminate the need for carrying a second charger for another USB powered device."

The reviveLITE II is available now at www.scosche.com for $24.99 MSRP and will be available in major retailers this spring.