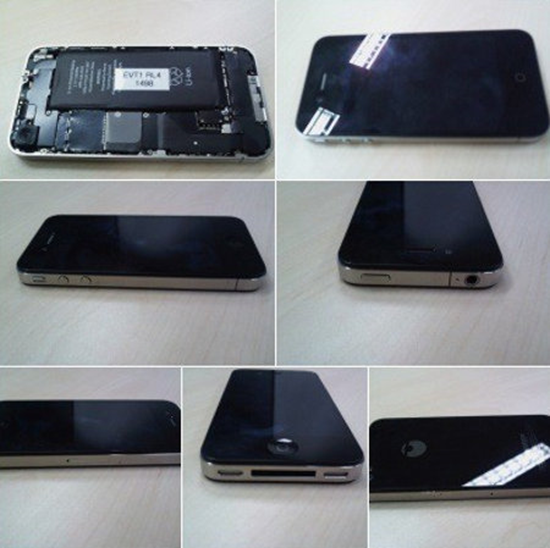 Well, this is about as official as it gets.  Some poor ex-Apple employee is sweating bullets at the moment.  What appears to be the 4G iPhone was found at a Redwood City Bar.  Meaning, this poor Apple employee lost a 4G prototype Apple iPhone and is now most likely fired.

Somehow the new iPhone landed at Gizmodo and they took detailed pictures of the phone and guts.

"¢ Front-facing video chat camera
"¢ Improved regular back-camera (the lens is quite noticeably larger than the iPhone 3GS)
"¢ Camera flash
"¢ Micro-SIM instead of standard SIM (like the iPad)
"¢ Improved display. It’s unclear if it’s the 960×460 display thrown around before–it certainly looks like it, with the “Connect to iTunes” screen displaying much higher resolution than on a 3GS.
"¢ What looks to be a secondary mic for noise cancellation, at the top, next to the headphone jack
"¢ Split buttons for volume
"¢ Power, mute, and volume buttons are all metallic

"¢ The back is entirely flat, made of either glass (more likely) or shiny plastic in order for the cell signal to poke through. Tapping on the back makes a more hollow and higher pitched sound compared to tapping on the glass on the front/screen, but that could just be the orientation of components inside making for a different sound
"¢ An aluminum border going completely around the outside
"¢ Slightly smaller screen than the 3GS (but seemingly higher resolution)
"¢ Everything is more squared off
"¢ 3 grams heavier
"¢ 16% Larger battery
"¢ Internals components are shrunken, miniaturized and reduced to make room for the larger battery

I can't wait for the new 4G iPhone, I am limping my 3G phone along with tape and glue.  Go Apple, Go.  (side note to Steve Jobs, he/she didn't mean to lose the 4G iPhone, it was an accident, be nice)  More pictures and video after the break. 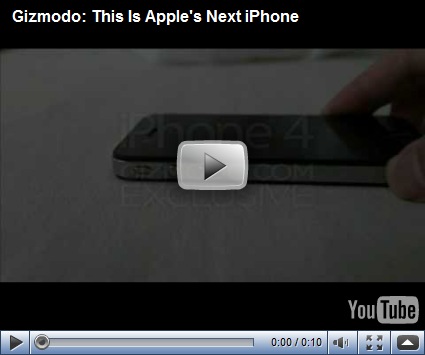 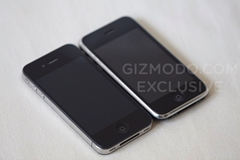 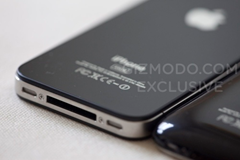