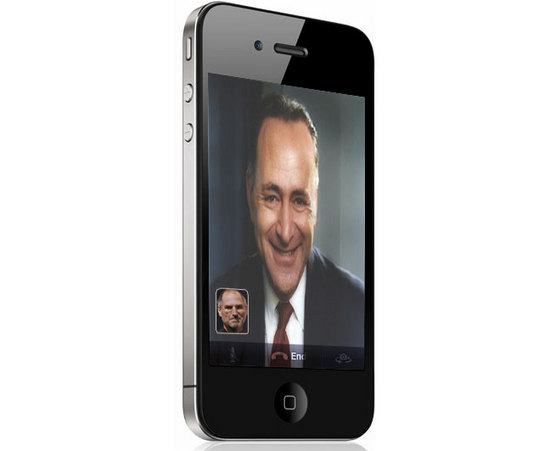 Look… the iPhone 4 witch hunt over reception issues is getting seriously stupid.  In an effort to piggy back on some wasted BS news stories Chuck Schumer, New York Senator, has issued a press release.  Because our US senators apparently don't have serious issues to address he is now acting as a technology watchdog?!  Chuck Schumer your are an idiot.  His press release is calling for Apple to deliver a "clearly written explanation".  Chuck, do something useful and take a pay cut or resign.