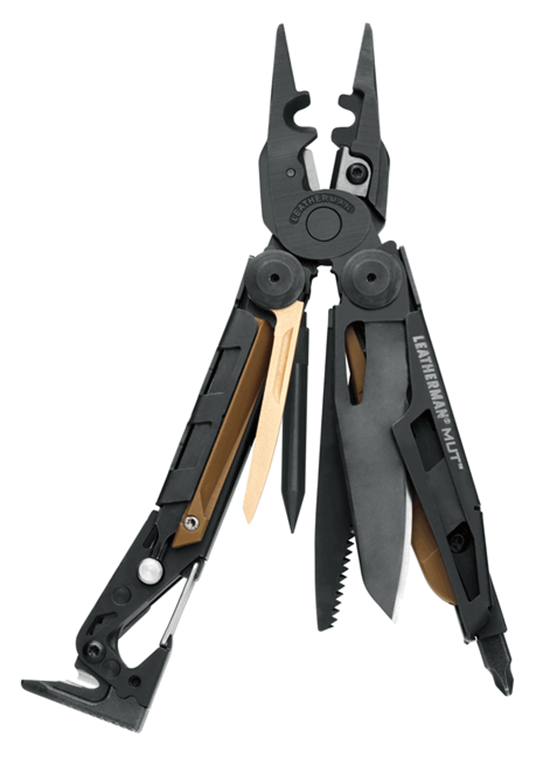 When Leatherman began developing the MUT for the military they called in the experts, US Army Sgt. First Class Aaron Hampton and Sgt. First Class Robbie Johnson, both well-known military and competitive shooters, for their expert advise. Three features set the MUT apart from other weapon maintenance tools: * Bolt override tool that grabs the leading edge of the bolt carrier and lets the shooter pull back the bolt to clear a jammed casing. * Replaceable bronze carbon scraper, wear it out and replace it without having to send the tool back in for service. * Replaceable cord cutting blade – cut through 550 cord without even opening the tool. Wear it out and replace it in the field.

The Leatherman MUT also has specialty tools for AR-15 and M-16 users?!  Cool and crazy at the same time.  Read on for a full review.

The Leatherman MUT is almost as good as a backpack full of tools, especially for soldiers who carrier the AR-15 or M-16 as their weapon of choice.  If you have ever had a bolt override, when the bolt gets stuck open with a bullet casing that doesn't fully exit the weapon, then you know how handy a pocket tool that has a bolt override tool can be.