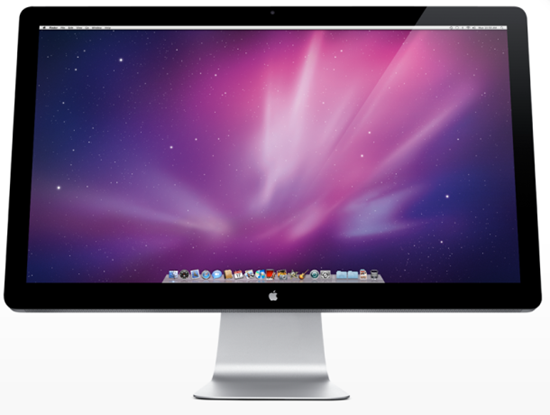 "It’s been a busy morning for Apple. The company topped off its iMac and Mac Pro releases with a new 27-inch LED Cinema Display.

The 27-inch display has a 16:9 edge-to-edge glass display on an aluminum stand. David Moody, Apple’s vice president of worldwide Mac product marketing, told CNET that the new display uses the same type of edge-to-edge design as the iMac.

The display has a 2560×1440 resolution and uses in-plane switching that gives users a 178-degree viewing angle. It also now has an ambient light sensor that will automatically adjust brightness based on the surrounding light conditions.

Moody said that the display was designed for its notebook and desktop customers–the number of extras in the display certainly show that focus.

Priced at $999, the 27-inch LED Cinema Display will be available in September."